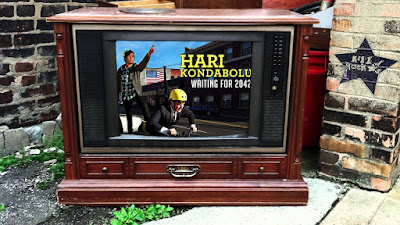 Perhaps it is time to update William F. Buckley Jr.'s classic formulation of the conservative mission. In the 21st century in these United States, a conservative is someone who stands athwart democracy, yelling Stop.

That is, if there are any conservatives left. Certainly, few of the old school. What we see today, and what the House Oversight Committee Republicans demonstrated dramatically both before and after losing their majority, is an extremist cult inextricably bound to a right-wing authoritarian (RWA) leader.

Authoritarian leaders have a personality type quite distinct from that of their followers. It is called social dominance orientation (SDO), which is essentially a form of narcissism on steroids. If you wanted to create the ideal portrait of an SDO leader, he would look and act like Trump.

SDOs are far more interested in the personal acquisition of power than are RWAs, who by nature are more inclined to march on someone else’s behalf. They also have different reasoning capacities, and are far more calculating and manipulative. What they have in common, more than anything else, is a shared dismissive view of equality as an important social value. They both believe that inequality is the natural state of the world, and that any attempts to tamper with it are doomed to fail and screw everything up. And SDOs revel in getting RWAs to do their bidding.

And do his bidding Republicans in Congress will ... right over the cliff. However, it is a misstatement to suggest those in Congress are less interested in personal acquisition of power. They sought it out, after all. They are majors and colonels in Trump's MAGA army, hungry for their first stars and willing to kiss up to a delusional sociopath and his RWA base to win them.

Columbia law professor Tim Wu writes in the New York Times what that means is the United States is now democracy-optional in spite of the fact that Americans are far more united than the media narrative suggests:

About 75 percent of Americans favor higher taxes for the ultrawealthy. The idea of a federal law that would guarantee paid maternity leave attracts 67 percent support. Eighty-three percent favor strong net neutrality rules for broadband, and more than 60 percent want stronger privacy laws. Seventy-one percent think we should be able to buy drugs imported from Canada, and 92 percent want Medicare to negotiate for lower drug prices. The list goes on.

Yet even giving a nod to checks and balances, government of the people has ceased to deliver, the popular will thwarted by those standing athwart democracy, yelling Stop.

"Call it the oppression of the supermajority," Wu writes. "Ignoring what most of the country wants — as much as demagogy and political divisiveness — is what is making the public so angry."

Along with demographic threats to the privileged social dominance of a shrinking, white Christian majority, I must add. Legislative stalemate and court packing are designed not to enact the will of the majority, but to preserve the power of a soon-to-be plurality who perceive loss of privilege as oppression.

Southern whites refused to accept the legitimacy of black former slaves holding elected office during Reconstruction. The result was the rise of the Klan and a nearly century-long reign of terror. A half century beyond that, anyone non-white, non-Christian, and non-Republican is considered illegitimate by those standing athwart democracy. Not to mention by a sitting president who believes "created equal" is for losers.

Neiwert advises that any attempt by Trump to hold onto the White House should his 2020 reelection bid fail, as Michael Cohen suggested, is itself likely to fail. While much media focus is on Trump himself, "his army of authoritarian followers ... remains large and hysterically defensive of him." That leaves Trump "vast leeway to wreak immense harm" as a lame duck.

With any luck, he won't last in office long enough to become one.