Turn over any Trump rock by @BloggersRUs

Turn over any Trump rock 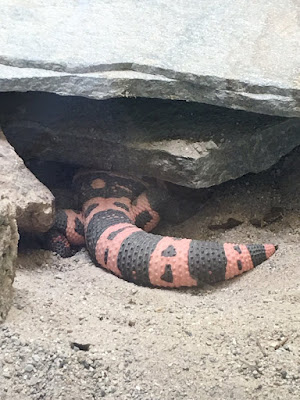 The Untouchables was on cable last weekend. One couldn't avoid noticing similarities in speech between Al Capone (Robert De Niro) and the sitting president of the United States (although the former was far more menacing). We knew Donald Trump was a two-bit hoodlum running an intellectually challenged crime family, but this week's revelations are simply ridiculous. Turn over any rock in this hopelessly corrupt administration and find another crime awaiting prosecution. Those keeping lists cannot keep up.

After former Trump fixer Michael Cohen testified last week Trump had inflated the value of his assets in applying for loans, the New York State Department of Financial Services issued subpoenas for an array of Trump Organization records dating back to 2009. The New York Times reports that while the department does not conduct criminal investigations, it may relay evidence of criminal wrongdoing to state prosecutors.

The nine-page subpoena served late Monday on Aon, one of the world's largest insurance brokers, "seeks copies of all communications between Aon and Mr. Trump and the Trump Organization. Plus, all internal Aon documents relating to Mr. Trump and the company," according to an anonymous source.

The Times on Tuesday published copies of eight of the eleven checks Trump and Trump Organization officers sent to Michael Cohen in 2017. Cohen has testified and federal prosecutors believe the checks were reimbursements for hush money payments Cohen made to adult film actress Stormy Daniels. Court records already implicate Trump (Individual-1) as an unindicted co-conspirator in felony campaign finance violations over the payments. Cohen testified Trump made the payments in installments to conceal them as business-related fees for legal services in the company's records. Cohen's testimony is he never provided those legal services. That is, the payments were laundered.

Section 1956 (a)(1) makes it a crime to knowingly conduct, or attempt to conduct, a “financial transaction” with proceeds from a “specified unlawful activity” (SUA) with specific intent to:

The ‘concealment prong’ exposes Trump Organization officers including the president and his eldest son to criminal prosecution.

Now that Democrats control House investigative committees, they may turn to probing the sitting president's involvement with stopping the FBI's plan to move its headquarters out of downtown Washington, D.C. The agency made plans last year for abandoning its crumbling building on Pennsylvania Avenue for a new, $3 billion campus in Maryland or Virginia.

Those plans changed, the Washington Post reported in July, after the president took a personal interest in the project, according to two anonymous sources:

One of them said Trump has frequently raised the issue of the FBI building and his desire for it to be torn down with appropriators. The website Axios reported Sunday that Trump was obsessed with the project and was “dead opposed” to plans to move it out of D.C.

Any new hotel constructed on the prime real estate would be in direct competition with the Trump International Hotel a block away, as MSNBC's Rachel Maddow pointed out Wednesday night:

Those are just this week and on top of the Trump-Russia investigation. Jim VandeHei and Mike Allen of Axios write that despite mounting evidence against Trump, "Republican voters seem basically unmoved." Historians tell Axios that, owing to its involvement with a hostile foreign government, the Trump administration may prove to be "the biggest political scandal in American history," bigger than Teapot Dome or Watergate.

How many rocks must be overturned before voters demand an end to Trump's mini-mob?