Out among the Normals by @BloggersRUs

Out among the Normals 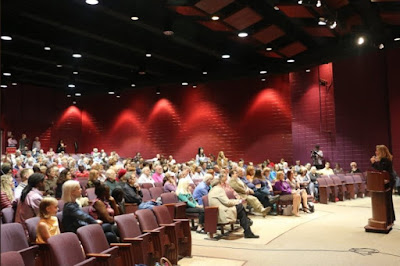 One of the first things campaign schools teach is attendees are not normal people. Normal people do not spend days learning campaign craft. Nor do Normals spend their days in front of computer screens consuming headlines and the daily play-by-play of inside-the-Beltway fights.

With the U.S. House on break for a "District Work Period," Politico offers one of those "from the heartland" reports — this one on what Democrats are hearing from Normals at town halls in their districts.

Democrats' town hall audiences expect an update on Mueller report fallout, it seems, but then it's on to the kitchen-table issues.

“I’ve been very surprised by how few people brought [Mueller] up since I’ve been back,” said Rep. Dean Phillips (D-Minn.) said after two weeks back in his suburban Twin Cities district:

Phillips said he sees Mueller mentioned much more on Twitter than in his district events. For him, immigration has been a far more dominant issue: “If you wake up thinking you’re being deported every day, the Mueller report doesn’t really matter to you.”

No one brought up the Mueller report at Rep. Abigail Spanberger's (D-Va.) town hall in her district west of Richmond:

Rep. Josh Harder of California tells Politico he had “'10 times the amount of interest' on issues like health care, immigration and student debt than on impeachment or investigations into Trump." The news provides a distorted view of what the country's concerns, he believes.

It's almost a given that these sorts of reports rely heavily on reportage from centrist- to conservative-leaning Democrats. Politico's is no exception. Spanberger is a member of the Blue Dog Coalition. She and Phillips both belong to the Problem Solvers Caucus. Harder is a New Democrat.

Hayes and DelGado, members of the large Congressional Black Caucus, get a mention, along with Angie Craig of Minnesota. Craig is a member of the Congressional Progressive Caucus, the largest House caucus. But the centrists get the quotes.

So, it is also good to remember that while town hall crowds may be more representative than Twitter, people who attend them are not exactly at the center of the bell curve either. Someone should do a study.

That said, campaign instructors remind students that when knocking doors, it's best not to talk to normal people as if they too are politicos. You are the weird ones.