The biggest thing in transparency by @BloggersRUs 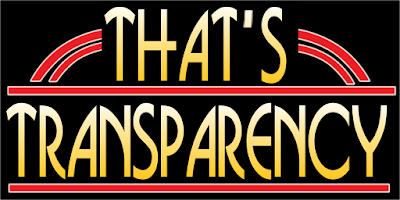 He really, really does not want authorities peeking behind his gold curtains:

In the federal lawsuit filed Monday in New York, Trump’s lawyers argued that the subpoenas serve “no legitimate or lawful purpose.”

Trump hopes to quash efforts to examine bank records relating to the Trump Organization. Deutsche Bank has lent Trump more than $312 million since 2012. The loans helped Trump purchase properties and refinance old loans at a time no one else would lend him money. With Trump's history of bankruptcies and stiffing contractors, he is a notoriously bad risk. And yet Deutsche Bank continued to lend him money.

Why does Obama believe he shouldn't comply with record releases that his predecessors did of their own volition? Hiding something?

Democrats are looking “into allegations of potential foreign influence on the US political process,” said Representative Adam Schiff (D-Calif.), chairman of the House Intelligence Committee.

The sitting president's attorneys call that harassment, and the subpoenas “unlawful and illegitimate,” a "sweeping, lawless, invasion of privacy,” reports the Washington Post:

“This isn’t a close legal question,” said David Alan Sklansky, a professor at Stanford Law School. “I’m quite confident there has never been a situation where a congressional subpoena has been quashed without a finding that it violates a constitutional right.”

The claim that there is no legitimate need for the subpoena, or that it is politically motivated, is a “frivolous argument, even if it’s true,” he said. “That is not a basis for quashing a subpoena.”

In filing the suit on behalf of Trump's sons Donald Trump, Jr. and Eric Trump, his daughter Ivanka Trump, and the Trump Organization, the president's attorneys, revealed details about what information Congress wants:

According to the suit, the request to Deutsche Bank — the president’s largest creditor — includes account records and other information related to “parents, subsidiaries, affiliates, branches, divisions, partnerships, properties, groups, special purpose entities, joint ventures, predecessors, successors or any other entity in which they have or had a controlling interest.”

For perspective, recall that The 10,000 Falsehoods Man claims he and his White House are committed to transparency.

“What I want is I want total transparency…. You have to have transparency,” Trump said in May last year in opening up a sensitive intelligence briefing on a confidential human source.

“All I want to do is be transparent,” Trump said in September 2018 when releasing classified documents related to the Russia inquiry.

Before leaving on Air Force One on Friday, Trump declared, “[I]n the history of our country, there has never been a President that’s been more transparent than me or the Trump administration.”

And finally, from Aaron Rupar:

Trump flagrantly lies to reporters while explaining why he doesn't plan to comply with subpoenas from Congress: "I have been the most transparent president and administration in the history of our country by far."

His tax returns couldn't be immediately reached for comment. pic.twitter.com/THfvluVawR

He is big. It's the investigations that got small.