The dope thinks you're a dupe by @BloggersRUs

The dope thinks you're a dupe 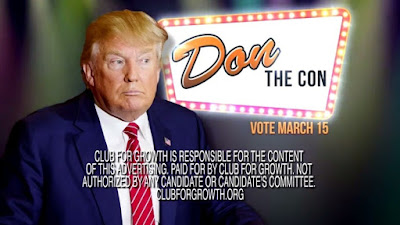 This man wants to elevate a co-founder of the Club for Growth to the Federal Reserve Board of Governors.

The Man Without a Plan tweets (emphasis mine):

The Republicans ... are developing a really great HealthCare Plan with far lower premiums (cost) & deductibles than ObamaCare. In other words it will be far less expensive & much more usable than ObamaCare. Vote will be taken right after the Election when Republicans hold the Senate & win ... back the House. It will be truly great HealthCare that will work for America. Also, Republicans will always support Pre-Existing Conditions. The Republican Party will be known as the Party of Great HealtCare.

You'll see it in 2021, right after I'm reelected, buhleeve me. Just like after my last election:

"[W]ait till you see the plans we have coming out, literally, over the next four weeks, we have great health care plans coming out.” — May 10, 2018, Elkhart, Indiana.

“We’re going to have insurance for everybody,” Trump said ... People covered under the law “can expect to have great health care. It will be in a much simplified form. Much less expensive and much better.” — to the Washington Post, January 15, 2017.

"And it'll be great health care for much less money. So it'll be better health care, much better, for less money. Not a bad combination." — to Lesley Stahl on "60 Minutes," November 13, 2016.

His colleagues on Capitol Hill want nothing to do with his administration's effort to wholly invalidate the Affordable Care Act and replace it with chaos and panic. They have begged him to back down.

The New Jersey Star-Ledger's Editorial Board calls The Man Without a Plan's "endless effort to destroy health care is his most spectacular scam, in a long and successful career as a con man."

Trump in 2015:
"I was the first & only potential GOP candidate to state there will be no cuts to Social Security, Medicare & Medicaid."

Meanwhile, in the world the rest of us inhabit:

The financial strain of paying for health care in the U.S. has been made clear by a new survey that shows that Americans borrowed an estimated $88 billion in 2018 to pay for medical attention. The survey, released Tuesday by Gallup and the nonprofit West Health, shows that around a quarter of Americans avoided seeking treatment for medical problems because of the costs, and that half of the adult population fears a medical emergency could bankrupt them, The New York Times reports.

The Sturm und Drang over killing health care coverage for millions and cutting off funds to Central America misses the point. Whether by instinct or by design, The Man Without a Plan rules by chaos. Chaos works for him. It keeps more-stable, more inside-the-lines rivals off balance. The Man Without a Plan may not be very bright, but he is cunning. Sowing chaos has kept opponents distracted and him out of jail. He's not about to change.

David Graham understands at The Atlantic:

But Trump and Lenin share a strategic instinct. Lenin reportedly said, “The worse, the better”—meaning that conditions that were more miserable for the people were likely to help his political aims. Trump’s approach to immigration and health care, both in the past few days and throughout his presidency, evince a similar understanding of power. My colleague Adam Serwer has argued that the cruelty of many of Trump’s policies is the point. In some cases, however, the point may be making things worse to his benefit.

Perhaps more likely is that increasing push factors is the point. Many of Trump’s decisions on border issues seem designed not to solve any problem. This includes Trump’s standing threat to close the border with Mexico; his decision to end DACA, a program that he has said achieves goals he favors; and most prominently, his decision to separate unauthorized immigrant families arriving at the border. None of these do anything to solve or reduce what Trump has called a crisis at the border. In fact, they are likely to only worsen the crisis. Separations, for example, became a costly and distracting circus, taking up already short space in detention centers and then necessitating a major effort to reunite families and restore the status quo ante when courts predictably rejected the policy.

Along similar lines, it’s more politically useful for Trump to be in a lengthy fight about building a border wall than it is to have actually built it. If and when the wall is built, it will become clear that it isn’t a panacea for immigration, but in the meantime, it’s a useful political wedge. The more migrants are coming toward the United States, the more Trump can warn of an “invasion” and inflame nativist fears that he thinks will help him win reelection. Trump isn’t really interested in solving immigration. A permanent crisis is more useful to him.

And Mexico? Mexico is going to pay for a big, beautiful wall with a very big, very beautiful door. Yes, he really does think voters are saps.