Impeachment is necessary. Maybe it's time for the people to weigh in.

Impeachment is necessary. Maybe it's time for the people to weigh in. 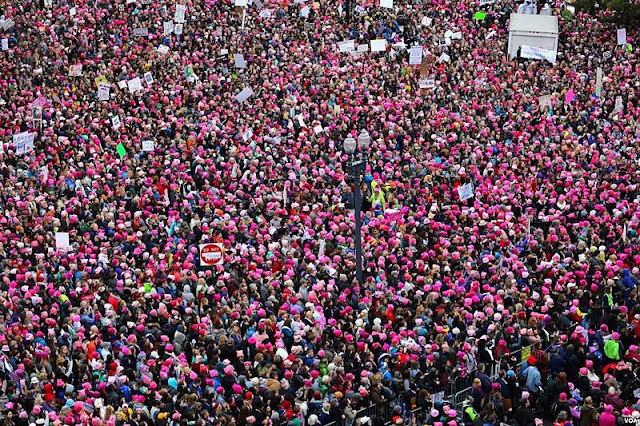 
Every presidential scandal has at least one memorable line that everyone recognizes immediately. Nixon had "I am not a crook," while Bill Clinton will be forever remembered for "I did not have sex with that woman." We're still in the middle of the Russia scandal but I'd bet money that the line that will be most remembered is from the Mueller report, when Attorney General Jeff Sessions told President Trump that a special counsel had been appointed. He slumped in his chair and said, "Oh my God. This is terrible. This is the end of my presidency. I'm fucked."

We don't know at this moment whether that will have led to the end of his presidency or not. But it tells you something important about Trump's mindset. This investigation had him in despair from the very beginning. In fact, we now know that he was so anxious about it that he spent the next year and a half secretly obstructing justice in a dozen different ways, publicly trashing everyone involved in it and destroying the reputations of the FBI and the Department of Justice. Whether that reflected his guilt over his behavior in the Russia matter or concern that the FBI was turning over other rocks he'd rather not be touched is still unknown. But these were not the actions of an innocent man.

Mueller's report validated all the reporting we've seen coming out of Trump's leaky ship over these past two years, showing a president in over his head, consumed with the investigation, obviously rattled and off-balance, feeling that he was "fucked" one way or the other. He was nervous then and he's even more nervous now that the investigations have moved to the House. After all, Mueller's operation was secret. Congress operates in public.

Trump may not know much, but he knows the power of television and he's used it very effectively. He knows that public hearings will be blockbusters, particularly those featuring Robert Mueller and former White House counsel Don McGahn. The AP reported that the president "stewed for days" over the prospect of Mueller's testimony since he believes the special counsel has been "unfairly lionized" by the media, and knows Mueller hasn't spoken in public since he was given the assignment.

Trump's fear of high drama that he cannot control, starring someone who can potentially puncture the bubble that surrounds his supporters, is palpable. This could end his presidency one way or another. He's known that from the start.

This no doubt informs the White House's unprecedented decision to stonewall every request for documents and testimony from the House of Representatives. Sure, there's a movement within the administration (and now within the Department of Justice under William Barr) that hopes to use these circumstances to create legal precedents for their "unitary executive" theory. But Donald Trump is still the president, and his desire to keep anyone from looking too closely at his campaign, his presidency and — perhaps most importantly — his business is almost certainly the main reason for the total lack of cooperation.

The debate about impeachment gets hotter with every refusal to acknowledge congressional power under the Constitution. On Thursday the Washington Post reported that a day earlier, House Speaker Nancy Pelosi had held a closed-door meeting with the Democratic caucus, telling them to stick to policy issues that people really care about and forget about impeachment. She acknowledged that some Democrats are feeling a little down about the refusal to consider impeachment, but no one in the room objected to her edict. Evidently, they are all convinced that voters are not concerned about whether their president is a criminal or the Constitution is in peril.

The vice chair of the Democratic caucus, Rep. Katherine Clark of Massachusetts, went on MSNBC and robotically laid out the case, making the rather strange argument that Trump is stonewalling because "he just wants to use this whole situation to deflect from the issues that we are working on, the legislation that we are passing, that affects real Americans." Somehow I don't think voters are going to buy that. People understand that getting a conviction in the Senate in an impeachment trial will be nearly impossible — but they also know that passing any of those great Democratic bills in the Senate, and then getting Trump to sign them, is just as unlikely.

I think every Democrat believes that Donald Trump deserves impeachment. They just can't decide whether it's wise to do it. Pelosi obviously doesn't think so. Others are saying they should. Many legal observers believe that only impeachment proceedings will give them the House leadership the clout they need with the courts to force compliance with subpoenas, so in that sense it's almost a necessity. House Judiciary Committee chair Jerry Nadler, D-N.Y., said on Thursday that "the president's policy now, the president's posturing now, is making it impossible to rule out impeachment or anything else." As the Washington Post's Greg Sargent writes in a scathing assessment of the Democrats' strategy, it just looks like "a muddled mess."

I don't believe the voters gave Democrats that big majority in the midterms for the purpose of passing a dream agenda and then watching it die in the Senate. We currently have 23 presidential candidates talking about all those bread-and-butter issues every single day, and people will be hearing all about them. They sent the Democrats to Washington in 2018 for one reason: To stop Trump.

It's becoming more important every day that they focus on doing that. Trump is still the most powerful man in the world and downplaying the threat of impeachment gives him a green light to keep doing everything he's doing. It's not just about the 2016 election or even the pattern of obstruction of justice anymore. It's about what he's doing right now.

Trump does not want to be impeached. The idea that he thinks it's a great idea is absurd. No president wants that, and we know that he in particular is terrified of being exposed that way. Even if Democrats never actually vote on articles of impeachment, holding the hearings, using the power of their congressional mandate and showing the president that they will turn over all those rocks whether he likes it or not is the only way to keep him from doing his worst. Bullies only back off when someone stands up to them.

Unfortunately, I suspect this won't happen unless the people start agitating for it. Maybe the outrageous abortion laws passed in several states over the past week or so will remind people of the high stakes that led them into the streets two years ago to protest Trump's election in the first place. I haven't heard of any movement to do this, but perhaps some of the groups that prepared for action if Mueller was fired should plan to march for impeachment. At least that would show elected officials in both parties that voters are capable of caring as much about the Constitution and the functioning of their government as they do about their personal pocketbooks.