National sterilization of the mind by @BloggersRUs

National sterilization of the mind 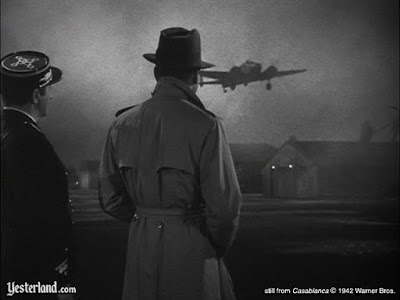 Knowledge is power. But knowledge is not its only source. Those who hoard power view education as a threat to be controlled and managed. The financial elite, political power brokers, and resurgent fascists fear a population with knowledge. A population with the ability to think critically and to challenge the fire hose of bullshit that now drowns out critical thought is a threat. Better to keep power concentrated where it belongs: at the top.

"In a world where nothing is true, all that is left to choose from are competing fictions," writes Henry Giroux in a two-part analysis for Salon. "One consequence is that everything begins to look like a lie."

Across the globe, the forces of free-market fundamentalism are using media establishments and public and higher education to reproduce the corporate-driven culture of neoliberalism. In addition, they are waging an assault on the historically guaranteed social provisions and civil rights provided by the welfare state, public schools, unions, feminist organizations and social services, among others, all the while undercutting public faith in the defining institutions of democracy.

As a teacher and public intellectual, Giroux sees "manufactured illiteracy" as a tool of control under "neoliberal fascism" that renders all misfortunes individual failings "regardless of whether the roots of such problems lie in larger systemic forces." Educating the population in such a desocialized environment make teaching "a form of militant hope," and "a moral and political practice."

Pedagogy, Giroux insists, "is always political because it is connected to the acquisition of agency."

What the Donald Trumps, the Viktor Orbáns, their contingent allies both financial and political, and fawning acolytes demand is a form of national sterilization of the mind.

Restoring agency, Giroux suggests, involves education in "defense of the public good, the commons and a global democracy." Corporatized, privatized education has erased civic literacy, substituting "an obsession with accountability schemes, an audit culture, market values, and an unreflective immersion in the crude empiricism of a data-obsessed, market-driven society."

The effort to terraform our minds and build better consumers as a substitute for civic engagement requires remaking the culture and erasing the ideals that built the world's most durable democracy. The merciless logic of shareholder capitalism is an old complaint here. And here and here and here.

Where America once stood for the kind of country people would want, now it stands for the kind of stuff we hope to buy. Where once some of the best educated leaders the world ever produced launched an experiment in democracy that challenged old thinking, thinking is just what today's leaders hope to eradicate and replace with bread and circuses. Forced-birth conservatives want American babies, lots of babies, then to sterilize their minds.

Giroux offers re-radicalized teaching as an antidote to civic illiteracy. How that manifests today is anyone's guess. Life in the creeping fascist world he describes resembles one of those dreams in which faced with imminent threat, the dreamer is paralyzed, unable to flee.

Rick Blaine tried fleeing to Casablanca to numb painful memories with alcohol. He ended up rejoining the fight against fascism.