The birds are not Hitchcock's by @BloggersRUs

The birds are not Hitchcock's 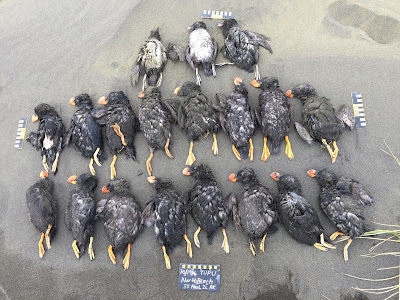 The alarm sounded weeks ago when a U.N. report warned 1 million of the estimated 8 million plant and animal species on Earth risk extinction from human activities. Researchers see declines "at rates unprecedented in human history."

Hundreds of tufted puffins washed up dead in Alaska'a Pribilof Islands in October 2016. Residents of St. Paul's Island who found some alive reported they were "emaciated, sick, and unable to fly." Researchers estimated between 3,150 and 8,800 puffins died in the last months of 2016. It was another of the mass-mortality events becoming more common.

The retreat of sea ice from the Bering Sea may be to blame, writes The Atlantic's Ed Yong:

The ice sheets create a layer of super-cold water called the “cold pool,” which sits at the bottom of the Bering Sea. Pollock, cod, and other fish like to congregate in large numbers at the edges of this pool, providing excellent hunting grounds for puffins and other sea birds. When the cold pool doesn’t form, as has been in the case in recent years, the fish spread out over larger distances, and are harder to catch.

And when they are caught, they’re worth less. In the warmer waters, the plankton have shifted toward smaller and less energy-rich species, and the fish that eat those plankton have become similarly thinner in calories. Fish-eating birds, such as puffins, “are going from Clif Bars to rice cakes,” Parrish says. “They have to work much harder to get the same energy content. And this is happening over thousands of square kilometers of ocean, so it’s not like they can say, ‘Oh, there’s no Clif Bars here, so I’ll go to the next grocery store.’” 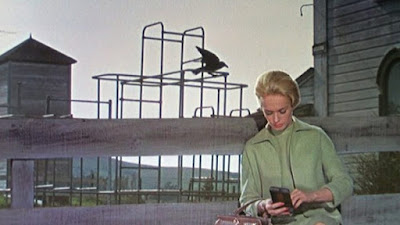 The birds typically molt between August and October. Individuals that cannot find enough food to replace their feathers will not survive.

It’s no coincidence that most of the tufted puffins that washed up during St. Paul’s mass-mortality event were in the middle of molting. At a time when they were most in need of food, and least able to get it, the dwindling sea ice forced them to travel farther afield for sparse, energy-poor scraps. “In short, climate change causes seabird starvation,” says Melanie Smith, the conservation director for Audubon Alaska. “It’s not the only factor at play, but it is the common thread among similar events.” Gray whales are washing up dead on the west coast. A ninth washed up about the time the Intergovernmental Science-Policy Platform on Biodiversity and Ecosystem Services (IPBES) released its report in early May. Of the eight others discovered since March, three had died from collisions with ships. The rest died of malnutrition.

NOAA says that over the past 18 years, Alaska typically sees up to three gray whale strandings from January 1 through the end of May, though in the year 2000, there were 18.

The Alaska whales bring the total dead gray whales from Mexico to Alaska to more than 60, a near-record number. 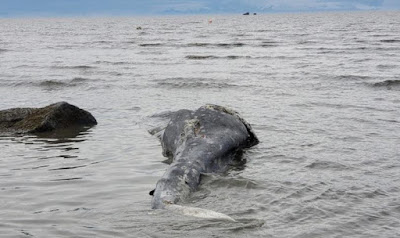 John Calambokidis, founder of the Cascadia Research in Olympia, Washington, tells NPR's "Here and Now" most of the whale deaths are from starvation:

He gives two reasons for this lack of fat reserve in some of their bodies: an increasing gray whale population — their population is now estimated at 27,000 — and an inadequate food supply.

Before migration begins, most gray whales feed on tiny, bottom-dwelling crustaceans called amphipods in Arctic waters near Alaska — but scientists believe there might not be enough prey to get them fat enough for their long journey south.

A warming arctic is altering food supplies and availability. Shifting their feeding to coastal areas puts whales at risk from boat collisions and other human activities.

Such events add up slowly, ominously, like crows gathering unseen behind Tippi Hedren. We are so busy looking in other directions, we don't notice until the threat is in our faces.

Or we are so moronically fixated on making money, we are out rebranding sources of global warming as "molecules of U.S. freedom” and “freedom gas” as the planet slowly dies. Really, doesn't it make you want to see climate-change deniers meet a fate like that of the corporate lawyer sent to inspect Jurassic Park? 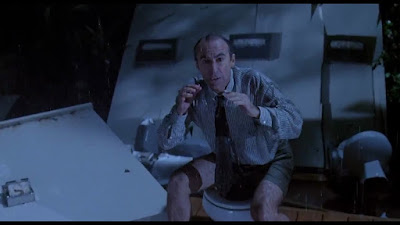