Moving public opinion or waiting for it? by @BloggersRUs

Moving public opinion or waiting for it? 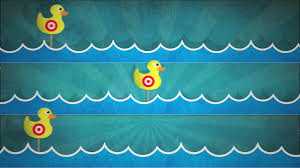 Robert Mueller's job is not finished, House Intelligence Chairman Adam Schiff (D-Calif.) told ABC's "This Week" on Sunday. Mueller's reluctance to answer questions in public about his completed investigation into Russian interference in the 2016 election and Donald Trump's interference in that investigation leaves unanswered questions. Where Democratic National Committee chair Tom Perez simply insists there are "many questions" to answer before impeachment can begin, Schiff spelled out a few:

Indeed, any counterintelligence background to Mueller's investigation deserves airing out in as public a forum as security concerns allow. If it did not pertain to the election hacking, Mueller left it out. That information may still speak volumes to foreign influences behind the president's conduct in office.

You are dealing here with a president happy to tear the law and the truth — and, for that matter, you — to pieces. Do you feel no responsibility to set the record straight when Trump distorts it day after day? You claim that, under the rules, it would have been wrong for you to say Trump broke the law. But that’s not what your boss, the attorney general, says.

The public has a right to know, Dionne insists, and Schiff agrees. Mueller has a duty to explain to them. A subpoena is an option if Mueller will not testify voluntarily, Schiff told ABC. But when?

Mueller's shyness is perhaps more than just institutionalist reticence. Mueller wants to avoid involvement in a political sideshow, but he is too late for that. One rule of politics is define yourself first or your opponents will do it for you. That is happening already. If Mueller appears in public before Congress, Trump's House Republican allies will take aim at him like a duck in a shooting gallery. But there, at least, he might fire back.

Speaker Nancy Pelosi insists "nothing is off the table," but first the case must be "very compelling to the American people."

Pelosi's number three, House Majority Whip James Clyburn of South Carolina, tells CNN Trump will be impeached at some point. “What I have said time and time again is, Mueller has developed the grounds for impeachment. The House has to determine the timing for impeachment. There’s a big difference.”

"We’re trying to make sure that we do what is necessary to educate the public, make sure that the public understands exactly what we’re doing, why we’re doing it," Clyburn said, "so that people won’t misinterpret this as being a political move on our part.”

Impeachment is an inherently political process. Mueller recognizes that if Clyburn does not.

Clyburn says moving forward on impeachment is about timing. Pelosi first wants to make a case to the American people. But as Trumpism soils America's image worldwide, how much time have they and the country got? If Democrats in leadership feel any urgency to perform that educational service, they are not showing it. They appear to be waiting for opinion polls to turn in their favor before moving aggressively to rein in an increasingly monarchical administration. Somehow, opinion will move on its own and allow them that freedom. Chicken and egg?

"Democrats rely on polling to take the temperature; Republicans use polling to change it," messaging specialist Anat Shenker-Osorio wrote in 2017. Leaders shape public opinion. They don't wait for it.