Not failing schools, a failing economy by @BloggersRUs

Not failing schools, a failing economy 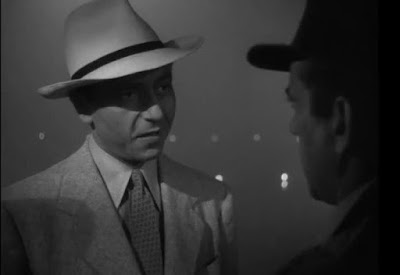 "Welcome back to the fight. This time I know our side will win."

Ever since his infamous TED talk, I've liked billionaire Nick Hanauer. "It is astounding," he began, "how significantly one idea can shape a society and its policies." The one idea he challenged was that increasing taxes on the rich will negatively impact job creation.

Hanauer now challenges another idea, and one of his own: that fixing America's education system "could cure much of what ails America." He dubs that belief held by many fellow billionaire-donors to education reform efforts, "educationism." Hanauer writes in The Atlantic, "... after decades of organizing and giving, I have come to the uncomfortable conclusion that I was wrong." And he hates being wrong:

What I’ve realized, decades late, is that educationism is tragically misguided. American workers are struggling in large part because they are underpaid—and they are underpaid because 40 years of trickle-down policies have rigged the economy in favor of wealthy people like me. Americans are more highly educated than ever before, but despite that, and despite nearly record-low unemployment, most American workers—at all levels of educational attainment—have seen little if any wage growth since 2000.

To be clear: We should do everything we can to improve our public schools. But our education system can’t compensate for the ways our economic system is failing Americans. Even the most thoughtful and well-intentioned school-reform program can’t improve educational outcomes if it ignores the single greatest driver of student achievement: household income.

The source of American families' economic struggles is not a "skills gap" or lack of education or failing schools:

In 1970, when the golden age of the American middle class was nearing its peak and inequality was at its nadir, only about half of Americans ages 25 and older had a high-school diploma or the equivalent. Today, 90 percent do. Meanwhile, the proportion of Americans attaining a college degree has more than tripled since 1970.

Yet American households' purchasing power has remained flat for decades, even "as the average real annual wages of the top 1 percent of Americans rose 156 percent (and the top .01 percent’s wages rose by a stunning 343 percent) ..." The middle class is in decline while the top prospers. Hanauer argues income inequality is growing not because of failings in public education, but in spite of educational progress.

And what do "educationists" get wrong? (emphasis mine):

For all the genuine flaws of the American education system, the nation still has many high-achieving public-school districts. Nearly all of them are united by a thriving community of economically secure middle-class families with sufficient political power to demand great schools, the time and resources to participate in those schools, and the tax money to amply fund them. In short, great public schools are the product of a thriving middle class, not the other way around. Pay people enough to afford dignified middle-class lives, and high-quality public schools will follow. But allow economic inequality to grow, and educational inequality will inevitably grow with it.

In short, pay people more and schools and life outcomes will improve. It doesn't work the other way around, Hanauer now believes.

The scientific literature on this subject is robust, and the consensus overwhelming. The lower your parents’ income, the lower your likely level of educational attainment. Period. But instead of focusing on ways to increase household income, educationists in both political parties talk about extending ladders of opportunity to poor children, most recently in the form of charter schools.

That was (and is) a mistake, as much a mistake as the idea that inspired Hanauer's TED talk slamming the tax catechism of the rich in which he offered, "It's small jump from 'job creator' to 'The Creator'." The metaphor is not accidental. It's a form of motivated reasoning that clouds policy decisions driven by those with all the money. It allows them to believe society's problems lie elsewhere than with the outsized rewards they've structured the economy to provide them.

Schooling may boost the prospects of individual workers, but it doesn’t change the core problem, which is that the bottom 90 percent is divvying up a shrinking share of the national wealth. Fixing that problem will require wealthy people to not merely give more, but take less.

American families' economic struggles are not the product of failing schools but a failing economy. It is an economy (as Elizabeth Warren and Bernie Sanders remind voters) that serves the top 1 percent just fine, while failing the rest of Americans who create the wealth the elite enjoy at others' expense.

It is a peculiar article of meritocratic faith that people get what they deserve and deserve what they get. This curious economic theory springs from a people steeped in the notion that we're all damnable sinners saved by grace, a grace we do not deserve. Yet, somehow the working poor deserve their crumbs.

Hanauer figured this out long ago. Yet in his desire to give back, the power of one idea (educationism) shaped his views on education until now. So I say with tongue in cheek, welcome back to the fight, Nick. This time I know our side will win.