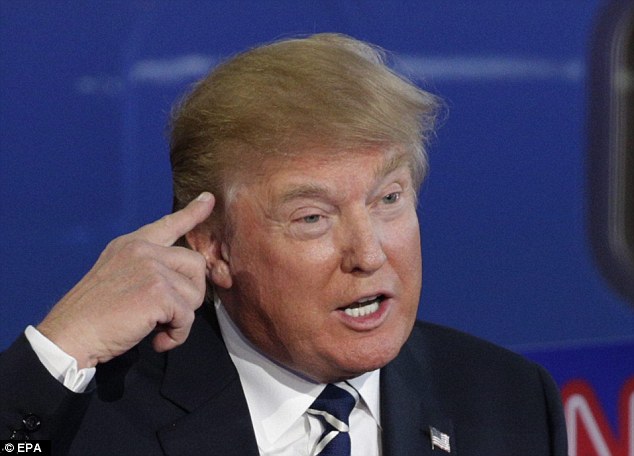 He did it, of course, because ICE was upset and there's infighting within the administration, not because Democrats wanted "time" to compromise on asylum claims --- which has nothing to do with these raids. All the reporting says Trump made this call on impulse and sent ICE into chaos trying to fulfill an order for which they were unprepared and wouldn't have wanted to be announced even if they were prepared.

In other words, Trump fucked up.

Anyway,Trump let his id take over his twitter feed again and here's the result:

President Donald Trump announced Saturday that he's delaying US Immigration and Customs Enforcement raids that were planned to take place Sunday in 10 major US cities.
"At the request of Democrats, I have delayed the Illegal Immigration Removal Process (Deportation) for two weeks to see if the Democrats and Republicans can get together and work out a solution to the Asylum and Loophole problems at the Southern Border,'" Trump said on Twitter Saturday. "If not, Deportations start!"
Earlier in the day, Trump defended the raids, arguing that targeted families have been running from the law.
"The people that Ice will apprehend have already been ordered to be deported," Trump tweeted. "This means that they have run from the law and run from the courts. These are people that are supposed to go back to their home country. They broke the law by coming into the country, & now by staying."

ICE is planning on arresting and deporting approximately 2,000 migrant families with court-ordered removals in 10 cities beginning Sunday, a senior immigration official told CNN. Trump told reporters as he departed the White House for Camp David Saturday that the raids would begin "during the course of this next week, maybe even a little bit earlier than that."
"These are people that came into the country illegally. They've been served. They've gone through a process. A process of the courts, and they have to be removed from the country," Trump said. "They will be removed from the country."

This is what local leaders are saying about planned ICE raids in their cities
He characterized the deportation raids as "very good law enforcement people going by the law," and claimed that his administration is "very focused on getting MS-13 out of this country."
"Some cities are going to fight it, but if you notice, they're generally high crime cities. If you look at Chicago, they're fighting it. If you look at other cities, they're fighting it. Many of those cities are high crime cities and they're sanctuary cities," Trump said. "People are tired of sanctuary cities and what it does and the crime it brings."
Raids are planned in Atlanta, Baltimore, Chicago, Denver, Houston, Los Angeles, Miami, New Orleans, New York and San Francisco.
Trump made a vague announcement on Monday that an ICE operation was imminent. He claimed that his administration would be deporting "millions" of undocumented immigrants next week -- disclosing such an operation before it was carried out and surprising some officials within his own administration.
Acting Department of Homeland Security Secretary Kevin McAleenan, however, has been hesitant about elements of the operation, two sources familiar with his thinking told CNN.
CNN reported last month that the administration had been considering deporting migrant families. A source told CNN at the time that McAleenan was resistant to the plan, concerned in part that it could hurt negotiations with congressional Democrats for ICE funding, which has been strapped for resources as well as the political optics.
According to a source familiar with the situation, McAleenan on Friday pulled out of a planned Sunday show appearance on the day the ICE operation is slated to begin, adding to speculation that there's a split with the White House.
A separate source told CNN that McAleenan was at the White House Friday and "not in a good way."
An ardent supporter of Trump's immigration policies, Tom Homan, the former ICE director and now a FOX News contributor, seemed to suggest Saturday that McAleenan leaked information about the upcoming ICE operation to media.
"You got the Acting Secretary of Homeland Security resisting what ICE is trying to do. In the Washington Post, in numerous media outlets, he does not support this operation," Homan said on Fox News, adding, "This leak, which I know where it came from, we all know where it came from. That story only benefits one person, put these officers at greater risk of harm."
Homan, who Trump named "border czar" but has not yet accepted the job, has previously backed McAleenan.
CNN has reached out to McAleenan for comment.

Another example of the well-oiled Trump administration machine at work.