'B' for effort by @BloggersRUs 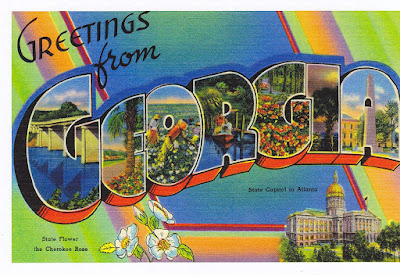 Stacey Abrams has launched an effort to safeguard voting rights in 2020 and beyond. Abrams this week launched Fair Fight 2020 "to staff, fund, and train Democratic voter protection teams" in battleground states across the country. Abrams is considered a potential vice presidential pick. She told the New York Times on Wednesday she would be "honored to be considered by any nominee." “No matter which ones of our nominees win, if we haven’t fought this scourge,” Abrams told the Times, “if we haven’t pushed back against Moscow Mitch and his determination to block any legislation that would cure our voting machines, then we are all in a world of trouble.”

I am excited to announce the launch of #FairFight2020, a comprehensive initiative to staff, fund, and train voter protection teams on-the-ground in battleground states across the country.


“We’re going to have a fair fight in 2020 because my mission is to make certain that no one has to go through in 2020 what we went through in 2018,” Abrams told the International Union of Painters and Allied Trades in Las Vegas. Abrams hopes to use the primary season to build a 20-state countermeasure to voter suppression.

Voter suppression efforts in Georgia in 2018 may have cost Abrams her the chance to become the country's first black female governor. The man who led those efforts now sits in the governor's mansion. The Washington Post reports the effort could cost as much as $5 million and plans to target states "in the Midwest and Southeast, and three states with gubernatorial elections this year: Kentucky, Louisiana and Mississippi."

Fighting voter suppression and securing voting systems is part of Abrams' admirable "long game." She could play a "a key role in shaping the future of the Democratic Party that may endure beyond four years in the White House," writes The Atlantic's managing editor, Adrienne Green.

As vital as such efforts are, as well as those of independent third-party groups in securing the right to vote, new groups organized around ballot access still leave the job of securing election wins primarily to candidates' campaigns not only at the top of the ticket, but all the way down ballot. The farther down-ballot the candidate, the fewer resources there are available both in terms of funding and campaign talent. Most volunteers want to work the marquee races at the top, especially in presidential years.

The 2020 election will determine not only control of the White House, the U.S. House and Senate, but control of state legislatures across the country. Securing the right for people to vote for president is important, but less meaningful if Democrats cannot elect state representatives and senators that will decide how their states draw new districts in 2021 that will stand for another decade.

A key flaw in how we approach elections is to focus turnout efforts on the big, blue cities where statewide races are won, and on the big, blue states with blocks of Electoral College votes. But if my state is any indicator, there are only so many state house and senate seats to be won in the cities, and not enough to make controlling majorities in the legislature. For that, securing the right to vote is not enough. Nor is counting on a presidential ticket to drag all the under-resourced, down-ticket Democrats across the finish line.

The long-game problem Democrats have yet to address is the decaying party infrastructure in counties outside the cities. Local committees are under-resourced and less-experienced. In many places, they are invisible or nonexistent.

Granted, many of those counties are tiny. Over 30 are home to under 10,000. Many larger counties in Georgia and in states across the country have local organizations that are minimally functional or at least have have no web presence. Thirty-two in Georgia have only dummy FB pages someone set up in 2017 and promptly abandoned. They are cookie-cutter duplicates. Only the names and header pictures change. These Democratic county committees are otherwise unorganized to all appearances. 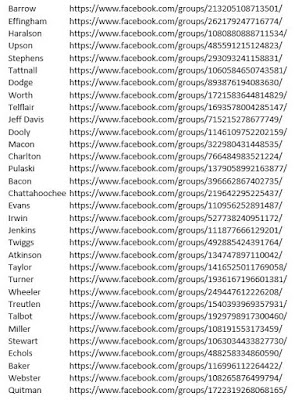 Democrats in 32 Georgia counties have only dummy Facebook pages.

Don't try finding on the web more than a handful of Democrats' parish committees in Louisiana.

Collectively, rural counties are charged with electing Democratic state senators and representatives. Do they? Can they? Or does that simply fall on poorly funded local candidates and their campaigns? Or on national tickets with no serious interest in them? Or on already stretched statewide campaigns? This needs fixing across the country. Control of 2021 redistricting depends on it, perhaps as much as on ballot access.