Destroyed by madness by @BloggersRUs 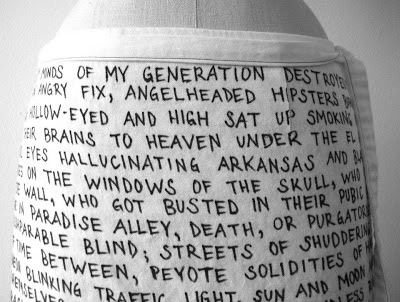 The Republican Party's long slide into Trumpism and Donald Trump's personal long slide may not have been inevitable, but they were certainly predictable. Conservative grandees in endowed think tanks eventually will churn out retrospectives about how, like September 11, nobody could have foreseen where they all were headed as they marched lockstep into its maw, principled conservatives to the end.

The trend lines were there. From the Birchers and Goldwater to Nixon and the Southern Strategy, from the parallel rise of the Christian right and movement conservatism, to Reagan, to "Rush Rooms" and the Gingrich revolution, and from birtherism to climate denialism to Trumpish authoritarianism. It is quaint to think George W. Bush's tax cuts, malapropisms, and war cabinet once seemed the apotheosis of the conservative project. The momentum of that project would carry the right's explosive-laden artillery shell beyond its intended liberal targets. Plutocrats would get their tax cuts and regulatory rollbacks, but at risk of bringing the shining city on the hill's walls down around them and us. David Koch is dead, but the Amazon is still on fire.

Aside from a few Never Trumpers and the occasional Republican politician's or pundit's road to Damascus experience, a broad consensus for explaining it has yet to manifest. Not that there isn't money to be made in trying in the meantime.

Politico's Tim Alberta tries in "American Carnage," writes Jonathan Chait, but "lacks a robust theory to account for the behavior the author so expertly portrays." The movement conservative leaders thought they had built upon a philosophy of lower taxes and small government was simply a facade. Their own internal polling told them their voters had no interest in it. The culture wars the party fueled as a useful tool in advancing their donors' objectives was their base voters' true philosophy:

This would seem to confirm the conclusions that liberals have long harbored. The Republican Party’s political elite is obsessed with cutting taxes for the wealthy, but it recognizes the lack of popular support for its objectives and is forced to divert attention away from its main agenda by emphasizing cultural-war themes. The disconnect between the Republican Party’s plutocratic agenda and the desires of the electorate is a tension it has never been able to resolve, and as it has moved steadily rightward, it has been evolving into an authoritarian party.

The party’s embrace of Trump is a natural, if not inevitable, step in this evolution. This is why the conservatives who presented Trump as an enemy of conservative-movement ideals have so badly misdiagnosed the party’s response to Trump. The most fervently ideological conservatives in the party have also been the most sycophantic: Ryan, Mike Pence, Ted Cruz, Mick Mulvaney, the entire House Freedom Caucus. They embraced Trump because Trumpism is their avenue to carry out their unpopular agenda.

Alberta's conservatism puts him in a position to supply "a vast trove of inside-the-room scenes of Republican professionals standing mouth agape at the Mad King," Chait explains. "But his only explanation for why so many Republicans betrayed their supposed values to support Trump is personal weakness, which is fine for explaining one person’s choices but is inadequate in accounting for how a party followed a single course en masse."

As dead as irony is in the Age of Trump, the irony remaining is how a movement in reaction to the social transformations of the 1960s now mirrors, and in many ways exceeds, the worst excesses of which it accused civil rights "communists" and long-haired hippies with their drugs and godless "moral relativism."

Now it is the Republican base addicted to drugs, looking for an angry fix, and making obeisance to a false prophet as the party's elite grovel for a seat at his right hand. What conservatives need now is not pundits or preachers, but poets.

"I saw the best minds of my generation destroyed by madness ..."