I wouldn't trust this crazy man to mow my lawn

I wouldn't trust this crazy man to mow my lawn 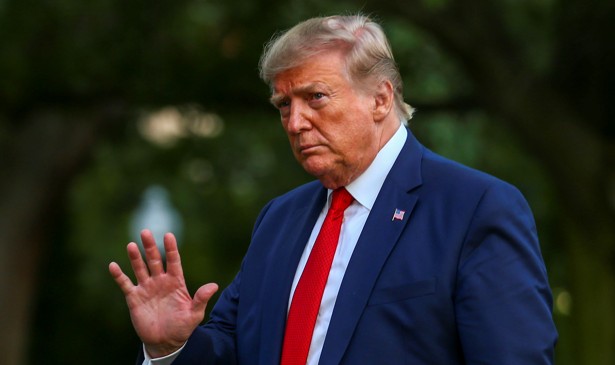 James Fallows has a written a viral piece about Trump's unraveling that's worth reading in its entirety. He notes that he wrote many pieces about Trump's unfitness before the election but steered clear of "medicalizing" his behavior out of respect for the rules set forth by the medical profession. After this week's unhinged presidential performance he makes this observation:


But now we’ve had something we didn’t see so clearly during the campaign. These are episodes of what would be called outright lunacy, if they occurred in any other setting: An actually consequential rift with a small but important NATO ally, arising from the idea that the U.S. would “buy Greenland.”
Trump’s self-description as “the Chosen One,” and his embrace of a supporter’s description of him as the “second coming of God” and the “King of Israel.” His logorrhea, drift, and fantastical claims in public rallies, and his flashes of belligerence at the slightest challenge in question sessions on the White House lawn. His utter lack of affect or empathy when personally meeting the most recent shooting victims, in Dayton and El Paso. His reduction of any event, whatsoever, into what people are saying about him.

Obviously I have no standing to say what medical pattern we are seeing, and where exactly it might lead. But just from life I know this:

Yet now such a person is in charge not of one nuclear-missile submarine but all of them—and the bombers and ICBMs, and diplomatic military agreements, and the countless other ramifications of executive power.

If Donald Trump were in virtually any other position of responsibility, action would already be under way to remove him from that role. The board at a public company would have replaced him outright or arranged a discreet shift out of power. (Of course, he would never have gotten this far in a large public corporation.) The chain-of-command in the Navy or at an airline or in the hospital would at least call a time-out, and check his fitness, before putting him back on the bridge, or in the cockpit, or in the operating room. (Of course, he would never have gotten this far as a military officer, or a pilot, or a doctor.)

There are two exceptions. One is a purely family-run business, like the firm in which Trump spent his entire previous career. And the other is the U.S. presidency, where he will remain, despite more and more-manifest Queeg-like unfitness, as long as the GOP Senate stands with him.

(Why the Senate? Because the two constitutional means for removing a president, impeachment and the 25th Amendment, both ultimately require two thirds support from the Senate. Under the 25th Amendment, a majority of the Cabinet can remove a president—but if the president disagrees, he can retain the office unless two thirds of both the House and Senate vote against him, an even tougher standard than with impeachment. Once again it all comes back to Senate Majority Leader Mitch McConnell.)

Donald Trump is who we knew him to be. But now he’s worse. The GOP Senate continues to show us what it is.

They are accomplices. And they should be held accountable.

Why do I sense they will just go on as if nothing happened?