People are getting tired of it

People are getting tired of it 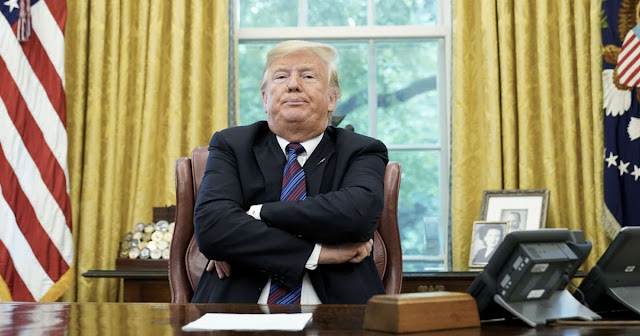 And he's getting worse:

All together, it seems like recent news cycles are causing a downturn in the President's fortunes. His approval rating does seem to be sliding, which is troublesome news heading into 2020.
Presidents' approval ratings have been highly correlated with their re-election margin. In the midterm elections, Trump's approval rating lined up nearly perfectly with his party's vote share in the House elections.
And while the shift in our CNN poll is not statistically significant given the margin of error of +/- 4 points, it's not the only poll to show that Trump's approval rating is down.
Take a look at these other probability-based polls that meet CNN's standards and were completed over the last two weeks.

His plan is to make his opponent equally unpopular. The media may help. So who knows?