Qualifications for President 2020: Mentally stable and not beholden to hostile foreign powers

Qualifications for President 2020: Mentally stable and not beholden to hostile foreign powers 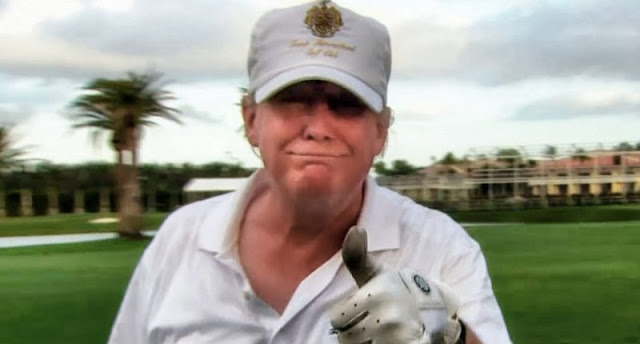 I don't know how many Republicans feel this way right now but even a non-trivial number would be helpful. This is by Never-Trumper Tom Nichols:

I don’t care if Hawaii Rep. Tulsi Gabbard is clearly influenced by a hostile foreign government or that Marianne Williamson is a weird, anti-science guru. They could …

Wait. I do care about that. It’s the reason they won’t get my vote next year, and why the president won’t either.

Trump is getting worse

All of the policy “what about” hypotheticals from my conservative friends are diversions. They’re trying to move the argument to policy to blind us to the reality that President Donald Trump is both unstable and compromised.

As I have argued for well over two years, there is plenty of evidence that the president is compromised by our most dedicated enemy. Even before the Mueller report laid bare the degree to which the Trump campaign welcomed Russian help, it was obvious that Trump feared Russian President Vladimir Putin — not only because Putin knew how much Trump had lied to the American people during the campaign about his dealings with Russia, but also likely because Moscow holds Trump’s closest financial secrets after years of shady dealings with Russian oligarchs.

And obviously, I would care if Warren or Harris wanted me to do something insane, because it would be evidence of their mental or emotional impairment. As much as conservatives hate to admit it, governing by executive order or supporting the financial evisceration of rich people is not a sign of an emotional disorder.
I can live with policies I hate

Compulsive lying, fantastic and easily refuted claims, base insults and bizarre public meltdowns, however, are indeed signs of serious emotional problems. Trump has never been a reasonable man, but for two years, he has gotten worse. He literally cannot tell the truth from a lie, he often seems completely unable to comprehend even basic information, and he flies off the handle in ways that would make most of us take our children to a pediatrician for evaluation.

This is why policy doesn’t matter. I have only two requirements from the Democratic nominee. First, he or she must not be obviously mentally unstable. Second, the nominee must not be in any way sympathetic — or worse, potentially beholden — to a hostile foreign power. This rules out Gabbard, Williamson and maybe New York City Mayor Bill de Blasio, although in de Blasio’s case it’s hard to tell whether he is unstable or just a terrible person.

As for the rest of them, I am willing to live with whoever wins the Democratic primary process. I will likely hate the nominee’s policies, but at least I will not be concerned that he or she is incapable of understanding “the nuclear” or “the cyber.” I will feel like I have a shot at trying to convince my elected representatives that they should listen to the policy preferences of normal human beings instead of two old men wearing shirts that say they’d “rather be a Russian than a Democrat,” or a woman in a shirt indicating that she is willing to have the president grab her genitalia.
I can't believe I miss Eric Holder

The Democratic candidate will promise to nominate people into Cabinet posts who will make me tear my hair out. But at least I will be confident that they are in charge of their own inner circle, instead of surrounded by unprincipled cronies who keep their own boss in the dark while taking a hatchet to the Constitution. Is there anyone that Warren or former Vice President Joe Biden could bring to, say, the Justice Department, whom I would fear more than an odious and sinister courtier like William Barr?

I never thought I could miss Eric Holder, yet here we are.

It is a sign of how low we have fallen as a nation that “rational” and “not compromised by an enemy” are now my only two requirements for the office of the president of the United States. Perhaps years of peace and prosperity have made us forget the terrifying responsibilities that attend the presidency, including the stewardship of enough nuclear weapons to blow the Northern Hemisphere to smithereens.

As long as the Democrats can provide someone who can pass these simple tests, their nominee has my vote.

I doubt there are very many who see the stakes in this election so clearly. But every vote counts.