“He got away with it until he didn’t.” by @BloggersRUs

“He got away with it until he didn’t.” 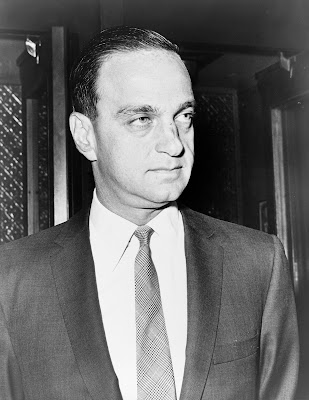 After hours wasted giving speech-questions Corey Lewandowski threw back in their faces Tuesday, Democrats on the House Judiciary Committee finally brought in a pro. Barry H. Berke, a private attorney working for Democrats, systematically penetrated Lewandowski's smug-thug armor. In the end, Berke got the former Donald Trump campaign manager to admit he lies to the press and, by extension, to America news consumers. "I have no obligation to be honest to the media," Lewandowski said, prompting gasps from observers in the hearing room.

It wasn't the comeuppance one might have wished for, but might be enough to render stillborn Lewandowski's New Hampshire Senate run. Imagine the billboards, radio spots, and television ads.

Seeing Lewandowski's former boss brought low will require tactics more unorthodox than Berke's. Minds more clever and/or ruthless than mine might be required. Trump, after all, was tutored by Roy Kohn in the fine art of inflicting pain and getting even. He's demonstrated a complete disdain for proper procedure, norms of governance, and the rule of law. "Getting away with it" is how Trump has lived his whole life.

But even Roy Cohn finally crashed and burned. Michael Kruse discusses that in the context of a Cohn documentary from producer-director Matt Tyrnauer:

It’s the past quarter or so, though, of Tyrnauer’s film that is perhaps most salient at this stage of Trump’s first term. It deals with the less discussed but arguably much more trenchant lesson of Cohn’s life—not his decades of dark-arts untouchability but his brutal comeuppance. Cohn did not, in the end, elude the consequences of his actions. He could not, it turned out, get away with everything forever. He was a braggart of a tax cheat, and the Internal Revenue Service closed in; he was an incorrigibly unethical attorney, and he finally was disbarred; and only six weeks after that professional disgrace, six months shy of 60 years old, Cohn was dead of AIDS.

Now, less than 14 months out from next year’s election, with Trump facing historic legal and political peril, it’s getting harder and harder not to wonder what he might or might not have gleaned from watching Cohn’s wretched unraveling. Trump is beset by 29 federal, state, local and congressional investigations. Poll after poll shows he’s broadly disliked. He could win reelection, obviously, but it’s true, too, that he’s an unusually endangered incumbent. Trump, to be sure, is not weakened by physical sickness, and he has not been pursued by prosecutors and other committed antagonists for nearly as long as Cohn was. And as powerful as Cohn was perceived to be at his peak, he was never, it almost goes without saying, the most powerful man in the world. Even so, the question looms: Will Cohn’s most accomplished and attentive mentee ultimately suffer a similar fate?

The fate of the republic may depend on it.

“He got away with it,” Tyrnauer said of Cohn, “until he didn’t.”

The acting president learned well from Roy Cohn who was, attorney Arthur Liman wrote, “famous among lawyers for winning cases by delays, evasions, and lies.” That has a familiar ring to it. Trump picked up a few things. Democrats might want to take their cues instead from James T. Kirk.

Update: As I was just saying. Trump sues Manhattan District Attorney Cyrus Vance over attempt to get tax returns