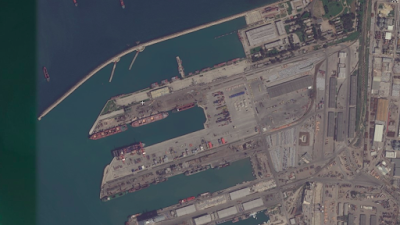 It is as if Russian President Vladimir Putin tasked Donald J. Trump with unwinding 75 years of western diplomacy in four years and Trump piped up, "I'll do it in under three." And actually delivered.

Trump has dumped on NATO, bailed on trade agreements and climate accords, abandoned allies, and conceded whatever moral high ground the U.S. had left after George W. Bush invaded the wrong country, tortured prisoners, and further destabilized the Middle East to impress his father. Trump has done it in record time. It's what happens when an insecure, autocrat-curious con man takes control of a superpower.

Now after undermining Ukraine's territorial security in favor of Russian expansionism, he has handed Russia a greater foothold on NATO's eastern doorstep in northern Syria and strengthened Syrian President Bashar al-Assad’s Russian-backed government. Access to Syrian harbors already has helped Russia expand its naval presence in the Mediterranean that shrank after the collapse of the Soviet Union in 1991.

"We got exactly what we wanted," a senior Turkish official told CNN after meeting with Vice President Mike Pence on Thursday:

Pence just announced that the US and Turkish President Recep Tayyip Erdoğan had agreed to a ceasefire in the Turkish military offensive into Syria. Pence said the Turkish operation would end when the YPG forces complete the withdrawal.

The senior Turkish official told CNN the “terrorists” would withdraw from the “safe zone” within five days and that Turkey would enforce the area after that. He also told CNN the “military operation paid off."

Erdoğan is scheduled to meet with President Vladimir Putin in Sochi, Russia, around the time the ceasefire would go into effect.

As Trump declared his foreign policy debacle brilliant, America's erstwhile Kurdish allies against ISIS would have 120 hours to ethnically cleanse themselves from territory Turkey wanted. For its part, Turkey rejected the ceasefire framing. This was merely a pause in its advance and not an actual ceasefire. Shelling continues.

(1) turkey wants to push the kurds out of that part of syria.

(3) pence brokers a “deal” in which the kurds... must get out of that part of syria.

(4) the US agrees to un-sanction turkey.

that’s a “deal” like being mugged is a deal.


In a touching bit of irony, Bush speechwriter Micheal Gerson laments the "global implications of having a president who is ignorant of history, driven by impulse, immune to advice and dead to the romance of American ideals." He writes in the Washington Post:

The betrayal of the Kurds has damaged President Trump so badly — including among Republican legislators — because it so perfectly captures the essence of his approach to foreign affairs. There is the devaluing and abandonment of traditional friends (the Kurds are “not angels” and “didn’t help us with Normandy”). There is the surrender to strongmen (granting Turkey’s Recep Tayyip Erdogan a free hand in Syria, and ceding Russia’s Vladimir Putin a broader role in the Middle East). There is the absurdly contracted definition of U.S. interests (events in Syria are unimportant because they are not on “our border”). There are the blustery threats to cover his humiliation (the U.S. will “swiftly destroy” Turkey’s economy with sanctions). And there is the inevitable and delusional pronouncement of success (the debacle was “strategically brilliant”).

This set of urges and instincts is leaving its mark on U.S. influence. Trump’s bumbling retreat from alliances, from responsibility and from basic sanity has sown discord in Europe and has created new playgrounds for Russian meddling. It has also left a vacuum of influence in the Pacific that is being filled by China. The damage to U.S. interests is considerable and growing.

The cost of betraying a friend in battle — particularly to appease an authoritarian thug — is clear. It makes every friend and ally less likely to trust the United States. But what gets less attention is the cost of betraying American principles, particularly on human dignity. When Trump leaves the Kurds to ethnic cleansing, or is dismissive of the rights of protesters in Hong Kong, he is not only dishonoring national principles. He is forfeiting a decisive American advantage.


"Trump’s amoral foreign policy is a source of shame — and a source of danger," Gerson boldly concludes without calling boldly for a swift end to Trump's tenure in the White House.

They could lose in 2020 with some modicum of dignity intact, having shaken off Trump's spell, but like opioids, political power is addicting too. Republicans have not yet hit rock-bottom. At this rate, America may get there before they do.