Waving around loaded hints by @BloggersRUs 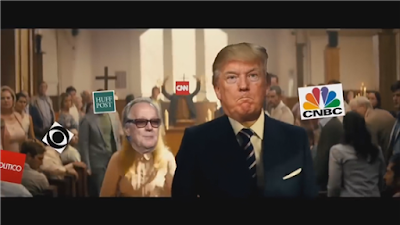 The International Criminal Tribunal for Rwanda in 2003 convicted three former media executives from Radio Télévision Libre des Mille Collines (RTLM) for their role in broadcasting lists of people to be killed in the 1994 Rwandan genocide.

Kennedy Ndahiro, editor of The New Times, wrote in The Atlantic in April this year:

Twenty-five years ago this month, all hell broke loose in my country, which is tucked away in the Great Lakes region of Africa. Hordes of members of the Hutu ethnic majority, armed with machetes, spears, nail-studded clubs, and other rudimentary weapons, moved house to house in villages, hunting for Tutsis, the second largest of Rwanda’s three ethnic groups. The radio station RTLM, allied with leaders of the government, had been inciting Hutus against the Tutsi minority, repeatedly describing the latter as inyenzi, or “cockroaches,” and as inzoka, or “snakes.” The station, unfortunately, had many listeners.

The promoters of genocide used other metaphors to turn people against their neighbors. Hutus, by reputation, are shorter than Tutsis; radio broadcasters also urged Hutus to “cut down the tall trees.”

With that in mind, The New York Times reported this incident Sunday night:

A video depicting a macabre scene of a fake President Trump shooting, stabbing and brutally assaulting members of the news media and his political opponents was shown at a conference for his supporters at his Miami resort last week, according to footage obtained by The New York Times.

Several of Mr. Trump’s top surrogates — including his son Donald Trump Jr., his former spokeswoman Sarah Huckabee Sanders and the governor of Florida, Ron DeSantis — were scheduled to speak at the three-day conference, which was held by a pro-Trump group, American Priority, at Trump National Doral Miami. Ms. Sanders and a person close to Mr. Trump’s son said on Sunday that they did not see the video at the conference.

The video, which includes the logo for Mr. Trump’s 2020 re-election campaign, comprises a series of internet memes. The most violent clip shows Mr. Trump’s head superimposed on the body of a man opening fire inside the “Church of Fake News” on parishioners who have the faces of his critics or the logos of media organizations superimposed on their bodies. It appears to be an edited scene of a church massacre from the 2014 dark comedy film “Kingsman: The Secret Service.”

Politico adds details of "targets" from the video:

The Trump character in the video shoots, stab and beats his victims; at one point, he sets Bernie Sanders’ head on fire. Other past and present election rivals also are depicted.

NBC News reports a video matching this description appeared on YouTube in September 2018.

The White House Correspondents Association responded in a statement:

“All Americans should condemn this depiction of violence directed toward journalists and the President’s political opponents. We have previously told the President his rhetoric could incite violence. Now we call on him and everybody associated with this conference to denounce this video and affirm that violence has no place in our society.”

Organizers denounced the video and claim it was part of a "meme exhibit" submitted by third parties. An American Priorities spokesman told NBC News, "The organizers of #AMPFest19 were not even aware of the video until they were contacted by the New York Times." A Trump campaign spokesman, Tim Murtaugh, told the Times he had no knowledge of the video and said, “That video was not produced by the campaign, and we do not condone violence.”

Someone at the campaign ought to alert the boss:

“I want to know who’s the person who gave the whistle-blower the information because that’s close to a spy,” Mr. Trump said. “You know what we used to do in the old days when we were smart with spies and treason, right? We used to handle it a little differently than we do now.”

A federal judge ruled in April 2017 people were injured as a "direct and proximate result" of Trump's comments. ABC News in August found "at least 36 criminal cases where Trump was invoked in direct connection with violent acts, threats of violence or allegations of assault." The report continues:

Seven cases involved violent or threatening acts perpetrated in defiance of Trump, with many of them targeting Trump's allies in Congress. But the vast majority of the cases -- 29 of the 36 -- reflect someone echoing presidential rhetoric, not protesting it.

ABC News could not find a single criminal case filed in federal or state court where an act of violence or threat was made in the name of President Barack Obama or President George W. Bush.

“You know what we used to do in the old days when we were smart with spies and treason, right?"

His followers have taken the hint.