#Fail That Must Not Be Named by @BloggersRUs

#Fail That Must Not Be Named 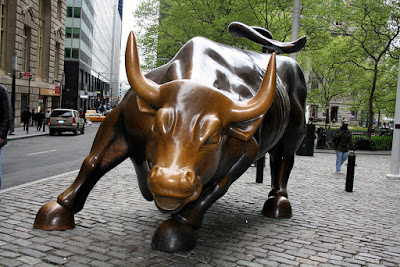 It's the young. It's the libs. It's substance abuse. It's definitely not metastatic capitalism.

Conservatives have sounded the alarm about birthrates in the West since Mark Steyn's "It's the Demography, Stupid" appeared in the Wall Street Journal in 2006, if not much earlier. The West is at war, Steyn argued. At war with Others From Another Culture. With their unholy higher birthrates, those Others will soon replace white-Christian Real Americans™ and Europeans.

Our problem is lack of "civilizational confidence," Steyn argued. For which the remedy, no doubt, is some form of civilizational Viagra. A little blue pill here, a little "kill 'em all, let God sort 'em out" over there.

Since then, that dog whistle claxon has reappeared periodically in different forms, some with actual evidence to support the data if not the sentiments. Lately, the argument has shifted from white-Christian cultural survival (The Muslims are coming!) to an economic one that still doesn't address the economy's dysfunction.

"The American Conservative" in October lamented European youths' lack of vigor in the area of reproduction:

"The problem of low birthrates ultimately lies internally, within Europe’s culture and social life. A young generation that doesn’t aspire to have families and that’s increasingly alienated from any sense of community has driven much of the crisis."

David Atkins replies, "that, or the fact that the brutality of modern capitalism combined with gerontocratic control of government means that young people can't afford to have kids."

It's the economic system? Blasphemy!

Joel Achenbach wrote in the Washington Post this week about a report in the Journal of the American Medical Association examining a decline in longevity among Americans despite the insane amounts spent in the U.S. on health care. Between 2010 and 2017, there has been a 29 percent rise in the death rate among people age 25 to 34. This, of course, is not supposed to happen in the land of the free and the home the greenback:

About a third of the estimated 33,000 “excess deaths” that the study says occurred since 2010 were in just four states: Ohio, Pennsylvania, Kentucky and Indiana — the first two of which are critical swing states in presidential elections. The state with the biggest percentage rise in death rates among working-age people in this decade — 23.3 percent — is New Hampshire, the first primary state.

“It’s supposed to be going down, as it is in other countries,” said the lead author of the report, Steven H. Woolf, director emeritus of the Center on Society and Health at Virginia Commonwealth University. “The fact that that number is climbing, there’s something terribly wrong.”

At New York Magazine's "Intelligencer," Eric Levitz comments on how "deaths of despair" as well as delayed childbearing contribute to lowering birthrates. Perhaps it is "women making the conscious choice to delay reproduction until they can gain a more secure foothold in the labor market." As Atkins said.

Yet because the structure of our economy incentivizes couples to delay reproduction — and penalizes those who have children early in their careers — this is only to some extent a choice. In the abstract, it may be preferable for men and women to start families in their 20s when they tend to be slightly healthier and more likely to have the aid of grandparents. The problem is it’s increasingly difficult for young Americans to attain a relatively stable, middle-class existence until later in life. Surveys suggest that, were it not for this fact, America’s fertility rate would be higher: A significant percentage of American women say they would like to have more children but only if they could afford to do so. The misalignment of a human being’s prime reproductive years and a worker’s prime earning years is impossible to resolve (at least under capitalism), but the U.S. government could do more to mitigate the issue through pro-natal social policies. Regardless, the CDC’s findings confirm the utter inviability of the nativist right’s vision for America. Although child allowances and public day care may facilitate marginal increases in birth rates, all available evidence suggests that such policies would be insufficient to ward off demographic (and thus economic) decline in the absence of a robustly expansionary immigration regime.

Despite the marketing, you can't have it all. Even in God-bless America. You cannot have a xenophobic, white-nationalist, über-capitalist America without cultural and economic decline over time. Even, perhaps, with more "pro-natal social policies." Not that by eroding women's reproductive autonomy the right isn't trying hard to indirectly mandate reproduction, as the "handmaids" protests contend.

Rising short-term mortality rates among white Americans "'seems driven principally by anxiety among whites about losing social status,' even though there is no evidence that they are in fact worse off," a University of Toronto study suggests:

"The anxiety of whites is coming from a misperception that their dominant status in society is being threatened, which is manifesting in multiple forms of psychological and physiological stress," said Siddiqi, who also holds an academic appointment at the Gillings School of Global Public Health at the University of North Carolina at Chapel Hill.

These psychological and physiological stressors are resulting in more "deaths of despair"—due to alcohol consumption, opioid use, drug overdose and suicide—and, to a lesser extent, rising chronic disease, including hypertension and obesity, according to the study. This widespread decline in health status is actually consistent with—and may even reinforce—a despair-based explanation for worsening white health, explains Siddiqi.

Black mortality rates are going down while white mortality rates rise and white birthrates decline. This, of course, is the real source of fretting over low birthrates with respect to those Others. As Steyn and other conservatives imply, the Others are coming to do to whites what whites historically did to them. They blame the young, the libs, or substance abuse for trends that threaten white social status and are, studies suggest, driving them to drink or worse.

But heaven forfend we should weigh metastasized, free-market, financialized, monopoly capitalism and find it wanting.