Fiona Hill, Russia expert, tells Trump and Nunes they're full of it

Fiona Hill, Russia expert, tells Trump and Nunes they're full of it 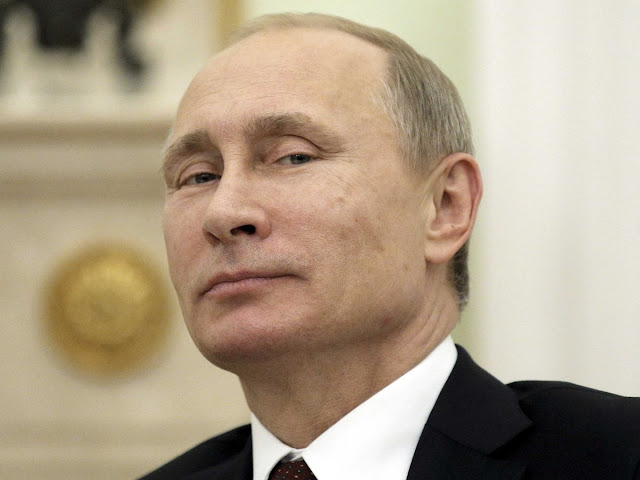 Former NSC official Fiona Hill looked these morons in the eye and laid it out in clear and unambiguous terms:


I thought I could help them with President Trump’s stated goal of improving relations with Russia, while still implementing policies designed to deter Russian conduct that threatens the United States, including the unprecedented and successful Russian
operation to interfere in the 2016 presidential election.

This relates to the second thing I want to communicate. Based on questions and statements I have heard, some of you on this committee appear to believe that Russia and its security services did not conduct a campaign against our country—and that perhaps, somehow, for some reason, Ukraine did. This is a fictional narrative that has been perpetrated and propagated by the Russian security services themselves.

The unfortunate truth is that Russia was the foreign power that systematically attacked our democratic institutions in 2016. This is the public conclusion of our intelligence agencies, confirmed in bipartisan Congressional reports. Itis beyond dispute, even if some of the underlying details must remain classified.

The impact of the successful 2016 Russian campaign remains evident today. Our nation is being torn apart. Truth is questioned. Our highly professional and expert career foreign service is being undermined. U.S. support for Ukraine—which continues to face armed
Russian aggression—has been politicized.

The Russian government’s goal is to weaken our country—to diminish America’s global role and to neutralize a perceived U.S. threat to Russian interests. President Putin and the Russian security services aim to counter U.S. foreign policy objectives in Europe,
including in Ukraine, where Moscow wishes to reassert political and economic dominance.

I say this not as an alarmist, but as a realist. I do not think long-term conflict with Russia is either desirable or inevitable. I continue to believe that we need to seek ways of stabilizing our relationship with Moscow even as we counter their efforts to harm us. Right now, Russia’s security services and their proxies have geared up to repeat their interference in the 2020 election. We are
running out of time to stop them. In the course of this investigation, I would ask that you please not promote politically driven falsehoods that so clearly advance Russian interests.

As Republicans and Democrats have agreed for decades, Ukraine is a valued partner of the United States, and it plays an important role in our national security. And as I told this Committee last month, I refuse to be part of an effort to legitimize an alternate narrative that the Ukrainian government is a U.S. adversary, and that Ukraine—not Russia—attacked us in 2016. These fictions are harmful even if they are deployed for purely domestic political purposes. President Putin and the Russian security services operate like a Super PAC. They deploy millions of dollars to weaponize our own political opposition research and false narratives. When we are consumed by partisan rancor, we cannot combat these external forces as they seek to divide us against each another, degrade our institutions and destroy the faith of the American people in our democracy.

I appreciate Hill breaking through the bullshit to inform the Trumpies they are being duped.

I just wrote this for Salon yesterday FWIW:

Now that we've watched three long days of hearings it's pretty clear that the Republicans aren't just interested in challenging witnesses or offering a defense of the president's actions. They see this as an opportunity to advance the same conspiracy theories that Trump and Giuliani were pressing the Ukrainians to announce they would investigating.
Despite being thoroughly and repeatedly debunked, largely on the basis of a timeline that refutes their premise, the bogus corruption scandal around Joe and Hunter Biden remains a live issue, as far as Republicans are concerned. The facts of the case are of little interest to them. They simply want to keep talking about it in order to justify the president's actions and keep the so-called scandal viable as a political weapon should Biden win the Democratic nomination. It is the patented "but her emails" strategy, which you have to admit was highly successful.
It's somewhat more interesting that Republicans are spending a lot of time talking about the other investigation Trump so desperately wanted. That would be the alternative narrative in which the Ukrainians framed the Russian government for the 2016 election interference in an effort to help Hillary Clinton, what Trump referred to as "CrowdStrike" in the infamous call. I won't go into the details here. If you are unfamiliar with the so-called details of this loony conspiracy theory, you can read about it in this Salon article by Bob Cesca. Suffice it to say there is no basis for any of this and the main people who benefit from its continued dissemination are Donald Trump and Vladimir Putin.
This isn't just another crazy right-wing distraction, however. The consensus in the American intelligence community, as well as that of our allies, is that it was the Russians who hacked into Democratic emails and had them distributed, much to Trump's delight. The president and the Republican Party are spreading this counter-narrative blaming Ukraine — a narrative allegedly planted by Russian agents — as a green light to Russia to interfere in the 2020 election.I'll say that again: The entire Republican Party is now acting as a Russian ally, eager to spread Putin's lies blaming Russia's regional adversary for what his own agents did. Even if Trump doesn't win next year, the Russians will have successfully pumped these toxic narratives into the American body politic, and made it very ill.
In the hearing on Tuesday, Republicans repeatedly slandered Speaker Nancy Pelosi with this doctored quote:

Nancy Pelosi just stated that “it is dangerous to let the voters decide Trump’s fate.” @FoxNews In other words, she thinks I’m going to win and doesn’t want to take a chance on letting the voters decide. Like Al Green, she wants to change our voting system. Wow, she’s CRAZY!
— Donald J. Trump (@realDonaldTrump) November 19, 2019

That's not correct. What Pelosi actually said was this:

The weak response to these hearings has been, “Let the election decide.” That dangerous position only adds to the urgency of our action, because the President is jeopardizing the integrity of the 2020 elections.

Even after the Mueller report was released, Pelosi didn't want impeachment. She and many others in the Democratic Party believed it would be a mistake to take the president on for his 2016 actions and the subsequent cover-up when another election was imminent. But when evidence emerged that Trump was actively trying to sabotage the 2020 election by letting Russia off the hook for 2016 — and was trying to bribe or extort foreign leaders into smearing Democrats — she really had no choice.
Trump doesn't have a lot of running room to set up any more foreign shakedown schemes before 2020, so the impeachment process is probably doing some good in keeping him confined. But Republicans have taken the baton and are running with it as best they can in these hearings, basically saying, "Russia, if you're listening, we have your back." Indeed, they are sending that signal to anyone who wants to interfere. The best hope the Democrats have is that the electorate as a whole will see through it this time.

HILL: "Putin & Russian security services act like a Super PAC. They deploy millions of dollars to weaponize political opposition research & false narratives. When we're consumed by partisan rancor, we can't combat these external forces as they try to divide us against each other" pic.twitter.com/SQ24T3DUSJ

Schiff highlights the hypocrisy of Trump saying he sincerely wants to root out corruption in Ukraine when in reality he tried to force the govt there to act corruptly by investigating baseless allegations against his political rival pic.twitter.com/YeHn1v1ANh