Trump plus nothing by @BloggersRUs 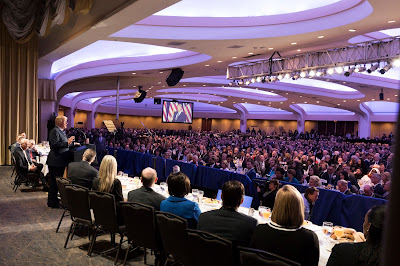 Surrounding the House impeachment inquiry into President Donald J. Trump, what Americans and the world are witnessing is a Stanford Prison Experiment with a touch of Stanley Milgram. Or maybe Jesus. (I'll explain in a minute.)

In Dr. Philip Zimbardo's famous 1971 social experiment, he had a group student volunteer males "arrested" (there was a squad car), booked, and placed in a mock prison in the basement of one of the university's buildings for an experiment in the psychological effects of prison life. Another group of average, "healthy, intelligent, middle-class males" would serve as prison guards. All would receive $15/day for participating in the videotaped experiment.

Every aspect of the prisoners' behavior fell under the total and arbitrary control of the guards. Even going to the toilet became a privilege which a guard could grant or deny at his whim. Indeed, after the nightly 10:00 P.M. lights out "lock-up," prisoners were often forced to urinate or defecate in a bucket that was left in their cell. On occasion the guards would not allow prisoners to empty these buckets, and soon the prison began to smell of urine and feces – further adding to the degrading quality of the environment.

Six days into the two-week experiment, Zimbardo had to stop it for the psychological toll it was taking on the students. He later served as an expert witness during one of the Abu Ghraib prisoner torture trials. The accepted lesson of the controversial experiment is that, under the right circumstances, "institutional forces and peer pressure" can turn good people evil.

That assumes they were good people to start. A tweet that came across my feed questions that proposition when it comes to the Trump cult:

I have said this before and it bears repeating, President Trump doesn’t cause people to lose their character, he reveals people’s character for who they truly are. And for that we should all be grateful that we can see clearly.

Now, cult members are tasked with defending their leader's actions and (soon) their own. Trump places fealty to Himself above the national interest. His defenders so far are condemning the impeachment process. Trump demands they defend his actions vis-à-vis Ukraine explicitly. Will they accede to his demand and sink to defending the indefensible?

Team MAGA has already sunk to promoting propaganda and disinformation from a Russian-inspired effort designed to exonerate Russia's role in interfering with the 2016 elections. Rep. Devin Nunes (R-Fla.) is the ranking Republican on the House Intelligence Committee. He has made clear he plans to shrug off Trump's endangering national security and possible violations of law as justified by Trump's “documented belief that the Ukrainian government meddled in the 2016 election.”

The conspiracy theories that undergird the president’s “documented belief” aren’t really coherent, but they don’t have to be to serve their purpose, which is sowing confusion about the well-established fact that Russia assisted Trump’s campaign. They posit not just that [Paul] Manafort was set up, but also that Democrats worked with Ukraine to frame Russia for hacking Democrats’ emails, a dastardly Democratic plot that led to Trump’s election. Naturally, George Soros, perennial scapegoat for the far right, is also involved.

“George Soros was behind it. George Soros’s company was funding it,” Giuliani said on ABC in September, spinning tales of Hillary Clinton’s collusion with Ukraine. Speaking to The Post, Giuliani accused Marie Yovanovitch, the former ambassador to Ukraine, of “working for Soros.” Indeed, Hill in her testimony suggested that a sort of Infowars-era McCarthyism has been loosed on the national security bureaucracy, with “frankly an anti-Semitic conspiracy theory about George Soros” used to “target nonpartisan career officials, and also some political appointees as well.”

Some of these conspiracy theories originated with Manafort colleague Konstantin Kilimnik, a former Russian intelligence officer, and worked their way into Trump's already fevered brain.

Their mission? To bring Jesus to the world by removing him from "the religious wrapping.” Sharlet wrote about one of their Alexandria, Va. meetings:

“A covenant,” Doug [Coe] answered. The congressman half-smiled, as if caught between confessing his ignorance and pretending he knew what Doug was talking about. “Like the Mafia,” Doug clarified. “Look at the strength of their bonds.” He made a fist and held it before Tiahrt’s face. Tiahrt nodded, squinting. “See, for them it’s honor,” Doug said. “For us, it’s Jesus.”

Coe listed other men who had changed the world through the strength of the covenants they had forged with their “brothers”: “Look at Hitler,” he said. “Lenin, Ho Chi Minh, Bin Laden.” The Family, of course, possessed a weapon those leaders lacked: the “total Jesus” of a brotherhood in Christ.

“That’s what you get with a covenant,” said Coe. “Jesus plus nothing.”

Except now that covenant is Trump plus nothing. Trump's base as well as his Beltway defenders have been condition — programmed, if you like — by their religious discipline to give themselves over to higher (spiritual) authority. In the inveterate alpha dog, Donald Trump, they've found a temporal one. Their predisposition threatens us all.