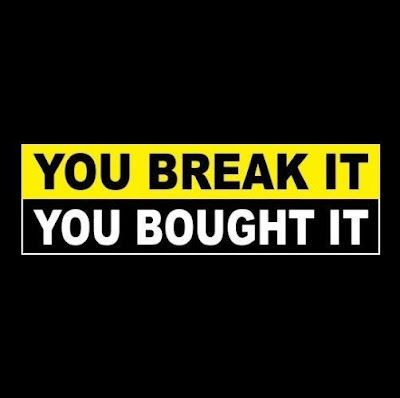 The blizzard of news, opinion and data that tears the eyes and cuts the cheeks each day leaves little cognitive space for considering the swirling chaos behind it. Everything is a crisis. Urgent demands pour from every digital device. It was a simpler time when advertisers manufactured paltry concerns like dandruff, bad breath, and "iron-poor, tired blood."

Behind the cacophony of newsworthy concerns, 40 years after Koyaanisqatsi the sense that things are terminally out of balance has moved from art houses to our own houses. One wonders Hollywood still manages to sell dystopian futures to people living in a dystopian present. Not even Margaret Atwood can be shocked anymore.

So it is that Yoni Appelbaum asks in The Atlantic whether this is how America ends. The U.S. is undergoing a demographic shift perhaps no other rich, stable democracy has seen: "Its historically dominant group is on its way to becoming a political minority—and its minority groups are asserting their co-equal rights and interests."

Echoing David Frum's warning nearly two years ago, Applebaum wonders if Trumpism persists beyond Donald Trump whether a Republican party defined by white identity will abandon democracy altogether, opting for ethno-nationalism upheld by voter suppression and only the veneer of popular suffrage. With its push for minority rule, the party is on the verge of that now. "All political parties maneuver for advantage," Applebaum writes, "but only a party that has concluded it cannot win the votes of large swaths of the public will seek to deter them from casting those votes at all."

Without a strong center-right to counter the radicals, conservatives will soon have nowhere else to go.

Thus, Fareed Zakaria's optimism about America's prospects is wearing thin. We survived the First Red Scare, McCarthyism, Vietnam and Watergate, he writes. But atop other disturbing trends, the Trump administration represents a presidency moving towards becoming "an elected dictatorship" powered by right-wing vilification of opponents (I'd add, though Zakaria doesn't) that echoes Rwanda in 1994.

But behind that political soul-rot is corruption the Financial Times' Edward Luce complains needs more disinfecting sunlight than it is receiving, to wit: the legal and illegal graft "that has seeped into all corners of US politics — and society beyond." Loosened regulation advertised as setting free entrepreneurs has opened the door to $300 billion in annual money laundering in the U.S. by one conservative estimate. Because the country lacks a corporate central registry, the government does not know who controls the companies that make it possible for "autocrats in Russia, China, Saudi Arabia and elsewhere" to thrive with "the connivance of America’s suite of service providers."

Luce looks to Sen. Elizabeth Warren as the only 2020 candidate who might tackle the problem, as if she does not already have enough plans in her portfolio. Her prospects for enacting her plans are far from certain.

Readers finding themselves stranded in airports this Thanksgiving weekend may find solace if their experience is not as wretched as Richard Morgan's. He writes in the Washington Post of "an ordeal spanning 53 hours, six gates, three airports and two airlines." He could have driven from New York to San Francisco in less time.

Morgan offers this jaundiced, yet accurate, description of our present-day dystopia:

What is most galling about this economy is that we are supposed to proffer compliance and complicity as companies profit amorally off of us. Facebook unveils supposedly robust privacy protections on the same day it launches a service to connect you with your “secret crush.” You’re supposed to pay whatever rent landlords want, whatever bills hospitals charge, whatever price surge the car-share makes up. From Apple to John Deere, digital-rights-management technology has made us “tenants on our own devices.” The terms of service turn us into the servants. And what recourse do we have? We ask to speak with the manager, vent to Yelp, endure the hold muzak and hack our way to rival bargains. But let’s be honest: We don’t have power.

Essentially, the power real persons have ceded to "artificial persons" over time — plus the power corporations have usurped from the living — means humans serve them, not the other way around. Humans should be holding our creations' leash. As Morgan found, it feels as if we're the ones wearing the collar.

Most mornings, I peruse the Web looking for broader themes behind the news the way New York Times book reviewers often weave together common threads in new releases to tie together separate works. Amid critiques and defenses of woke culture, what one finds lately is dread verging on, if not toppling over into, the existential. Broke culture is more like it.

A friend actually did shoot his television once, long ago in cathode-ray tube days. What keeps one from reaching that point is engaging in the fight rather than helplessly watching it. You feel less like a victim that way. Even when I get run over, I never feel like political roadkill.