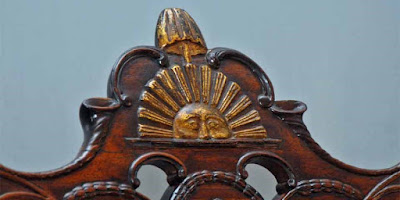 Every now and again one drives onto a stretch of fresh pavement. Road noise drops many decibels. There is a satisfying "A-h-h-h" feeling to it. Because what you were driving on a second before was cracked and potholed and much, much louder.

That feeling is rarer these days. What with the financialization of every American experience, we are too busy extracting value from what's here to build new infrastructure or even maintain what our forebears built.

Jill Lepore watched Speaker Nancy Pelosi's impeachment announcement this week during a snowy train ride to Maine. She ponders how we got to this divided place where we've not only given up on building but, seemingly, on democracy itself.

"The train stopped under a stone bridge, a beautiful arch, it looked like a New Deal bridge, built by masons working for the W.P.A., now not much short of a century ago," Lepore thinks, looking out the window. "It stands in need of repair. It is a terrible thing to watch a nation and a people fall apart."

It was cold on the train. The heat was not working.

America's roads and bridges are a mess. The Eisenhower-era interstate highway system is in decay. (Yes, Republicans built things once, as did FDR before Ike.) Today, 47,000 bridges are “structurally deficient.” Repairs have slowed to a crawl.

Choice is like that, Sarah Jones observes. People want choice in health care, the health care industry insists. It's just that, having it, people don't use it. Research shows that by shopping around people could save as much as $2000 per year on what is one of many families' largest annual expenses. They don't. It's too much work and too complicated. That complication works for the industry, just not for patients.

The gap between what Americans say they want, and what they actually do, sets up a series of important questions for opponents and skeptics of Medicare for All. If it’s too difficult and too expensive for most people to exercise the choices they technically have, why is the private market so preferable to a government-run alternative? How much can the government really do to make private insurance less complicated and more affordable to use? And why should the government prioritize that project over one that guarantees an equal level of health-care coverage to everyone?

Opponents of Medicare for All should answer these questions. They haven’t ...

While conservatives rail about government waste, fraud, and abuse, medical billing in the private sector might be considered all three, Elisabeth Rosenthal explains in the New York Times. The country's health care system (if that's what it is) is as decrepit as its roads and bridges. But we are too cold and shivering in our rail cars trying to get somewhere to think about it or to exercise our precious choices. We're just along for the ride, or being taken for one.

The mid-twentieth century was a time of expansion. The latter part of that century and this one is a time of retrenchment. We have room in the budget for tax giveaways, but not for big structural change of a kind even more concrete than what Sen. Elizabeth Warren proposes. Where once we dreamed big, now we invest small. Even as ocean levels rise and cities like Miami sink slowly beneath the sea.

But the last century's solutions and systems have grown long in the tooth. Duct tape and bailing wire won't sustain them for much longer. As uncomfortable and expensive as big structural changes are, last century's investments in them carried us forward for decades. They made the U.S. the envy of the world. Now we just look like a fading empire like those before ours. The real choice facing us today is to revisit that sun on the back of the chair in Independence Hall and to decide, as Benjamin Franklin once did, whether it is rising or setting.