Two plus two make 2020 by @BloggersRUs 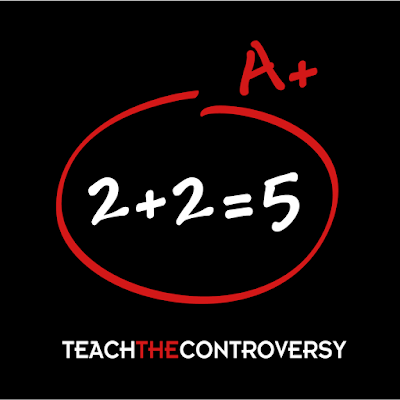 Truth, lies, I just want to say, you know, can we all get along?

Tempers flared Saturday at a Rep. Adam Schiff town hall in Glendale, Calif. An Armenian-American committee had gathered at the Glendale Central Library to thank the Democrat and other lawmakers for sponsoring resolutions recognizing the early 20th-century Armenian genocide under the Ottoman Empire (what's left is now Turkey). The event was neither solemn nor celebratory:

As Schiff began speaking, a man and two women held up signs reading,"Don’t Impeach.” When they were asked to take down the signs, they refused.

Then, about a dozen people scattered throughout the auditorium began yelling, “Liar.”

When some in the audience asked them to refrain from yelling, scuffles broke out throughout the room, and the audience members who were yelling at Schiff removed their jackets, revealing shirts supporting President Trump.

No one was injured. Glendale police officers settled things down after about 15 minutes, but the atmosphere was surely less than the Armenian activists had hoped.

The shouts of "liar" charge were directed at Schiff by supporters of Trump, he of the 13,000+ false or misleading claims. So it goes in Donald Trump's "I know you are but what am I?" America.

“Freedom is the freedom to say that two plus two make four,” George Orwell wrote in the novel Nineteen Eighty-Four. “If that is granted, all else follows,” David Smith begins in his commentary for The Guardian. Anymore, political discourse has devolved from agreed-upon facts to personalized truth.

The Oxford English Dictionaries in 2016 named “post-truth” the word of the year. But the term first came into use a quarter century ago. The Oxford editors ascribed its first use to a 1992 essay in The Nation by Serbian-American playwright Steve Tesich. The writer used post-truth to describe the fallout from the Watergate scandal:

The revelations that President Nixon and members of his Cabinet were a bunch of cheap crooks rightly sickened and disgusted the nation. But truth prevailed and a once-again proud nation proudly patted itself on the back; despite the crimes committed in the highest office in our land, our system of government worked. Democracy triumphed.

But in the wake of that triumph something totally unforeseen occurred. Either because the Watergate revelations were so wrenching and followed on the heels of the war in Vietnam, which was replete with crimes and revelations of its own, or because Nixon was so quickly pardoned, we began to shy away from the truth. We came to equate truth with bad news and we didn’t want bad news anymore, no matter how true or vital to our health as a nation. We looked to our government to protect us from the truth.

Now we face another presidential scandal and another impeachment. Americans inoculated against truth by daily immersion in lies prefer the lies to which they have become accustomed. We still look to the government to protect us from them, but the branches no longer agree amongst themselves two plus two make four. It's more a matter of voting strength, brashness and volume. If Trump says they make five, Fox News broadcasts it coast-to-coast and his followers in Congress and in the hinterlands believe and repeat it.

We are rapidly becoming prototypes of a people that totalitarian monsters could only drool about in their dreams. All the dictators up to now have had to work hard at suppressing the truth. We, by our actions, are saying that this is no longer necessary, that we have acquired a spiritual mechanism that can denude truth of any significance. In a very fundamental way we, as a free people, have freely decided that we want to live in some post-truth world.

Rush Limbaugh was at the time beginning his ascendancy into radio's pantheon and, eventually, conservatism's as well. But conservatives were not the only ones dabbling in designer realities. I wrote of the same 1990s:

The Cesspool of Sin was approaching peak New Age when I arrived. Every other person in Asheville was on a spiritual journey and looking to monetize it. (Landlords and utility companies weren't taking payments in crystals or massages.) Every practitioner was "internationally recognized" and writing books, posting flyers, or giving seminars on cosmic neuro-nuclear transmigration or some such. You could take the class at the Airport Ramada. $50 for the weekend workshop got you a laser-printed certificate and professional-seeming letters you could tack onto the end of your name. Then it was time for printing up business cards and hanging out shingles.

One booth offered "transformational technology," an electronic gizmo for stimulating the optic nerves while music induced serenity. A booth down the row sold amulets (jewelry made from used circuit boards) promising to eliminate the harmful effects of exposure to electricity. No one blinked. 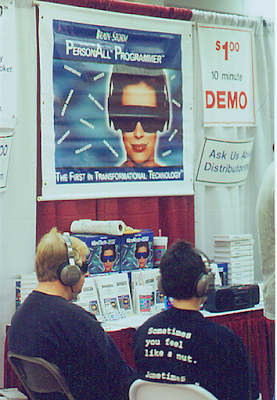 The ground was plowed and ready. Truth was no longer an American value by the time Fox News went on the air in 1996. "Truthiness" was still nine years out.

Smith's essay warns Trump's allies "appear to be waging an increasingly frantic political and media counter-offensive that puts truth itself in the dock." Truth and lies are having a cage match where lies have tag-teamed with volume to body-slam truth. Trump, once a professional wrestling promoter, knows his audience. They love lies if presented in a showy, entertaining way. Truth is for geeks and pinheads. Losers.

Rick Wilson, pundit and author of "Everything Trump Touches Dies," believes Republicans have "the worst political Stockholm syndrome" ever seen. He said:

“These guys are all in an abusive relationship with Trump. I don’t mean that in a flippant way. They behave the way you see victims of domestic violence behave. But they’ve got culpability in this thing: they’re not just victims, they’re enablers.”

Wilson noted there is no punishment for Trump’s allies.

“There are no consequences for being untruthful. It’s become a feature, not a bug. The audience expects them to lie. There’s a certain liberty in not having a conscience and being able to lie about anything and watch Trump blow stuff up. Trump revels in paying the joker and they revel in him playing that role.”

The 2020 elections could determine whether truth itself goes down the memory hole.

This calibrated, multi-pronged Republican assault has left the nation in what some call a state of “truth decay” as all sense of shared reality breaks down. The tactics offer a chilling preview of how the president intends to fight next year’s election.

This is not the thrill ride you're looking for.