What's on that iPhone Lev?

What's on that iPhone Lev? 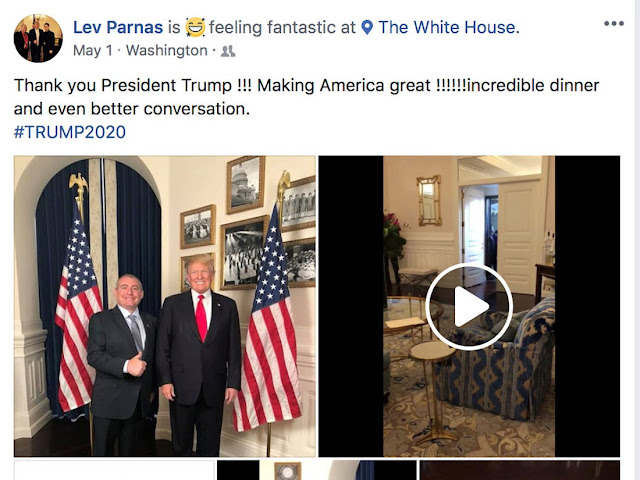 It appears that Rudy Giuliani's partner/client/ accomplice Lev Parnas really wants to buy himself some goodwill with the prosecutors who are looking to put him in jail. His lawyer has sent a letter to a federal judge indicating that he wants to share some new information about Trumpworld with the House Intelligence Committee.  Apparently, they're still interested...


In the letter, Parnas’ lawyer Joseph Bondy said the Justice Department will share materials with his client on Tuesday that it seized from his home and at his arrest. The materials include documents and the contents of an iPhone. Bondy then asked Judge Paul Oetken of the Southern District of New York to allow him to share those materials with the House Intelligence Committee; a court order currently bars him from sharing them with anyone. The Justice Department has said it does not object to him giving the material to Congress.

The information includes data from a iphone which is interesting considering that he's the guy who was apparently chit-chatting from time to time with Devin Nunes.

Obviously, he also has a lot of information about Giuliani, but I suspect the SDNY would not want it becoming public. Of course, now that Rudy called them a bunch of incompetent liberal idiots they may have no problem with that.

Anyway, this is just another example of more information dripping out day after day. And the more that comes out the more difficult it's going to be for all those Republican Senators who voted for a sham trial to help Trump cover up for his crimes.

We are still running the Happy Hollandaise end-of-year fundraiser. If you would like to support this kind of independent media as we cover what is going to one doozy of a political year, you can do so below.

And thank you so much for reading and supporting my work all these years. I am truly grateful. --- d