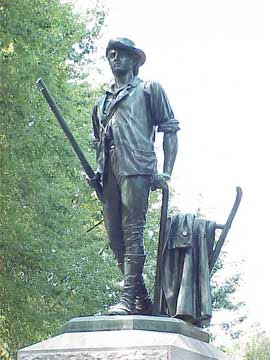 Senate passage of the GOP tax cut bill and comments from Sen. Chuck Grassley (R-Iowa) over the weekend brought to mind a Scrutiny Hooligans post from 2011 (grammatical warts and all):

It’s what every American should be asking themselves this week. The Tea Party too.

Do you stand with the modern-day British East India Corporations and their masters (the Kochs, the Olins, the Bradleys and other royals that want to unmake the American Century and rig American democracy like they rigged the financial markets)? Or do you stand with the people in your community? Who do you serve?

It’s pretty clear who Gov. Scott Walker and the GOP leadership in Wisconsin serves. They and their brethren and Forbes 400 patrons have declared open war on the middle class, with rafts of industry ghost-written legislation in Wisconsin, Ohio, Michigan, Indiana — in about half the states. To strip the collective bargaining rights of political enemies, to defund public schools (and teachers), to suppress the vote by requiring photo IDs (Jim Crow, Jr.), to dissolve elected local governments in a corporate coup d’état, to arrogate sweeping executive authority over state agencies in a single unelected … tzar(?), to transfer tax dollars from the poor and middle class to give tax breaks to corporations, the works — all supported by the same press-shy billionaire ideologues behind Americans for Prosperity and the American Legislative Exchange Council. As the fake “Koch” phone call demonstrated, they don’t care about your jobs or your economy, and they don’t care about you.

So where do you stand? Colonist or Royalist?

Maybe the picture at the top helped a little, but the post got under the skin of a local Republican pol who used to visit the site — which told me I'd hit a soft spot.

But a comment by Grassley figures into this reverie as well. The Iowa Republican argues he wants to eliminate the estate tax to help Iowans stay on their family farms. The Des Moines Register wasn't having it:

The number of Iowans paying the estate tax actually numbers in the dozens each year, out of roughly 1.4 million who file federal tax returns each year. IRS data from the last five years shows the number of Iowa taxpayers owing estate taxes ranged from 32 in 2012 to 61 in 2015, and that the vast majority of those probably were not farmers or small business owners.

Despite that evidence, U.S. Sen. Chuck Grassley, a member of the tax-writing Finance Committee in the Senate, has long presented the estate tax as a potentially ruinous burden on farmers and small business owners.

Kristine Tidgren, assistant director of the Center for Agricultural Law and Taxation at Iowa State University, told the Register, “I haven’t come across any examples of an Iowa family that had to sell the farm to pay the estate tax,” adding, “I don’t think the current estate tax system threatens family farmers.”

Experts be damned. Grassley was insistent:

“I think not having the estate tax recognizes the people that are investing,” Grassley said, “as opposed to those that are just spending every darn penny they have, whether it’s on booze or women or movies.”

Grassley? He's not eliminating the estate tax to benefit working commoners, but to protect the ownership class from the rabble. His comments prompted an acid-dipped response from Pat Rynard at Iowa Starting Line:

It’s difficult to think of a more condescending, elitist worldview – that if you’re not ultra-wealthy, it’s clearly because you’re wasting all your money on alcohol, frivolous fun and prostitutes (I assume that’s what he meant when he said women). Certainly it couldn’t be because people are struggling to find decent-paying jobs, are straddled with debt from the college education they need to attain better jobs, or are paying outrageous sums for health insurance and medical bills. Nope, it must be because they’re all getting hand jobs from hookers in the back of a dark movie theater while downing a bottle of Jack Daniel’s.

Grassley's comments recall what historian Robert Calhoon once wrote about colonists who supported the Crown during the American Revolution. "Historians’ best estimates," he wrote, "put the proportion of adult white male loyalists somewhere between 15 and 20 percent," a figure not far removed from the Republican base. As many as 500,000 colonists among a population of 2.5 million never bought the founders' "created equal" nonsense. They remained committed to a system of government by hereditary royalty and landed gentry. Powdered wigs supported by loyal subjects also carries echoes today. Even after the Treaty of Paris, most loyalists remained on these shores. Their progeny and like-minded continentals who arrived later are with us still. It is a personality type committed to maintaining the "natural" order. 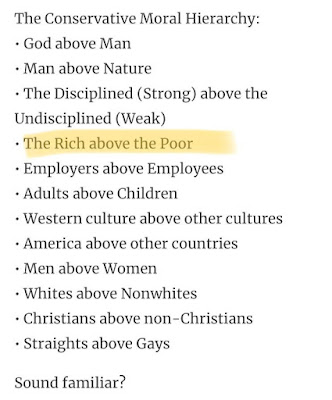 America was very good to New World royalty. They invested in a political party. They're preparing to close on a country.