Census question: How many guns in your house? by @BloggersRUs

Census question: How many guns in your house? 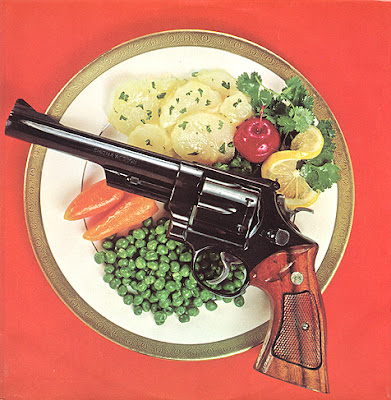 Imagine the tantrums and rent garments on the right if instead of asking about citizenship status, Commerce Secretary Wilbur Ross inserted a question on the 2020 census that asked how many guns people keep in their homes.

A plot, I tell you! Why, it will lead to tyranny! It will keep white males from answering, resulting in an undercount and their underrepresentation in Congress.

But adding a question that might result in browner-skinned neighbors not responding? No problem. A few NRA members might even utter the phrase in pseudo-Spanish.

The Trump administration has decided to weaponize the census, writes Vann R. Newkirk II at The Atlantic:

On Monday evening, the Commerce Department announced that it would make a controversial change to the next Census that the Trump administration has signaled for months: the addition of a question asking participants about their citizenship status. While citizenship is currently a field in a major interstitial supplemental survey to the Census, the last time it was asked to the entire United States population during the decennial main event was in 1950. But, during the current administration’s crusade against unauthorized immigration and a related campaign against the specter of voter fraud, the Department of Justice in December sent a letter to the Census Bureau asking for the question’s reinstatement, calling it “critical to the Department’s enforcement of Section 2 of the Voting Rights Act and its important protections against racial discrimination in voting.”

Paul Waldman pushed back on the move at The Week:

"If you're a citizen, what do you have to worry about?" some might ask. Or even if you aren't — after all, it isn't like the Census is going to be arresting undocumented immigrants on the spot. But the truth is that it's already difficult to get even legal immigrants in many communities to trust a Census-taker enough to fill out the form, even without that question. "I worked the Census in 2000," said Salon's Amanda Marcotte on Twitter. "Getting immigrants to talk was really hard as it was. I had to assure them up front that I was not interested in citizenship status. This is a deliberate attempt to terrify and erase people."

That's even more true in the current environment, when Immigration and Customs Enforcement (ICE) has, it is no exaggeration to say, been terrorizing immigrant communities around the country. The agency has a newly aggressive spirit under President Trump, who came into office promising to build a wall, cancel the Deferred Action for Childhood Arrivals program, and round up supposed criminal aliens. The result is that even legal immigrants are already reluctant to talk to someone from the government taking down their information; start asking about citizenship status, and they'll be even more afraid.

Which is why if terrifying and erasing people is a policy goal, make it ecumenical. Ask residents how many guns they have. If for no other reason than seeing if NRA spokesweapon Dana Loesch's outrage amp goes up to eleven. 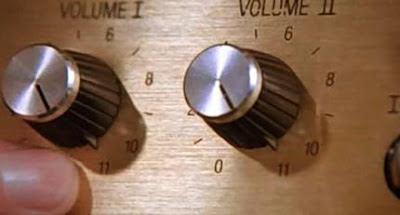 You've got to give the GOP points for creativity if not for ruthlessness and duplicity. Republicans have deployed every means of retaining power they can think of short of poll taxes and literacy tests to suppress the votes of those they dislike: gerrymandering, photo ID laws, citizenship requirements, curtailing voting hours, siting early voting locations in some neighborhoods and not others, eliminating Sunday voting, shorting voting machines in certain precincts, etc. Now the census.

Cheaters have their avatar in the White House. The Seven Deadly Sins walks on two legs.

E.J. Dionne calls out the cheating in the Washington Post, arguing that "when elected officials use their power to make it ever harder for their opponents to win elections — exactly what’s happening with the census and gerrymandering — the courts have an obligation to serve as democracy’s last line of defense."

Except the GOP is working feverishly on rigging those as well. In North Carolina. In Pennsylvania. In Wisconsin.

I hate to disagree with Dionne, but the last line of defense for democracy is not the courts. It's you.

For The Win 2018 is ready for download. Request a copy of my county-level election mechanics primer at tom.bluecentury at gmail. (If you are already on my email list, check your in-box.)