While we're watching the reality show by @BloggersRUs

While we're watching the reality show 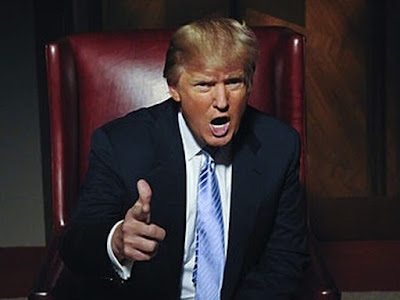 “People across the West Wing were surprised, people were crying, they were upset,” CNN White House correspondent Jeff Zeleny told viewers. “In fact, when she held a meeting with the few small staffers who report to her, she was crying and upset.”

Jeff Sessions, Trump's imperiled attorney general, took a public dinner with deputy Rod Rosenstein and the Solicitor General Noel Francisco. Jonathan Swan, Alayna Treen at Axios noted the symbolism of the photo, "the three top ranking officials in the Justice Department appearing together in a show of solidarity on the same day Trump is publicly and privately raging about Sessions."

As the three dined, the New York Times reported that Jared Kushner's cash-strapped family business received loans totalling over a half billion dollars from Apollo Global Management and Citigroup after the companies' executives met with the president's son-in-law in the White House. The Times reports that loan from Apollo was "triple the size of the average property loan" from its real estate lending branch.

"There is little precedent for a top White House official meeting with executives of companies as they contemplate sizable loans to his business, say government ethics experts," the Times reports.

Meanwhile, special counsel Robert Mueller's team of untouchables draws the ring tighter around the White House. Mueller has begun asking witnesses when Trump learned about Russia's stolen Democratic emails and if he was aware of plans by Wikileaks to publish them. What did Trump know and when did he know it?

Trump cannot govern, but his reality show White House gets great ratings. Keeping our attention may be all he cares about.

But while we are glued to the show, Richard Haass warns, democracy is breaking down around the world. Haass, president of the Council on Foreign Relations, writes:

Not just democracy but the rule of law and respect for civil society and individual liberty are in decline around the world. One reason is that the United States is failing to set an example that many wish to emulate.

The president's attacks "on everyone from judges to journalists undermine trust in essential institutions." Removing promotion of democracy and human rights from the U.S. agenda is not helping. Neither does hollowing out the State Department and the Foreign Service, which Haass does not mention.

Economic, social and physical insecurity have driven the global trend toward illiberalism. Understandably, those forces place greater emphasis on a government’s ability to deliver tangible goods than on its fealty to intangible ideals such as individual freedoms and human rights. We are seeing this in countries as diverse as Russia, China, Poland, Hungary, Turkey, Egypt and the Philippines.

Adding to the trend, China is headed towards reverting to a cult of personality, abolishing term limits and making Chinese leader, Xi Jinping, leader for life.

There are some bright spots, Haass writes, that suggest the anti-democratic trend may be cyclical. There are also some in this country.

Two weeks to the ides of March. Stay tuned.

Request a copy of For The Win, my county-level election mechanics primer at tom.bluecentury at gmail.