What else have they gotten wrong? by @BloggersRUs

What else have they gotten wrong? 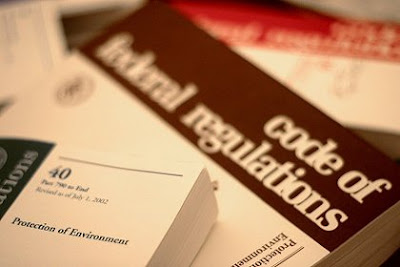 As damage assessments roll in on our sitting president's military strike against (empty?) bases in Syria, there are early reports Donald Trump's America-first believers fear they've been sold out. Politico examines early fallout in which Ann Coulter cracks wise about "stupid wars" and a writer for Gateway Pundit laments, “After Trump’s first year we have: 1.3 trillion omnibus, no wall, war in Syria. Is Clinton secretly President?”

They were betting on Donald Trump's commitment to their agenda? Well, it is not as if reading oneself into a new president's plans is unfamiliar on the left. It is just coming home hard for the hard right.

Where political belief is more faith than facts, that is always risk.

This month, Washington Monthly looked at a libertarian economist Alex Tabarrok of George Mason University's Mercatus Center. Tabarrok went looking for the effects of federal regulation on "economic dynamism" expecting to find support for the conservative dogma that government regulation harms the economy. He found none. What is remarkable is he published the paper anyway.

Fellow researchers at Mercatus had developed a public-use database called RegData that, linked with artificial intelligence techniques, allowed a more finely tuned examination of the effects of regulations over time on individual industries.

Economic dynamism, defined as "the rate at which new businesses launch and grow, and at which people switch jobs, lose jobs, or migrate for work," has been in decline for the last several decades. Tabarrok wanted to see what role federal regulation played:

“I was pretty surprised that we just kept coming up with nothing,” Tabarrok told me. “I’m a free-market type of person, so it wouldn’t have at all surprised me to find that government regulation is causing decline in dynamism. Ideologically, it fits my priors of the way I would see the world, so, yes, I was expecting to find something.”

But no matter how he and former grad student Nathan Goldschlag sliced and diced the data, they found no evidence for it.

Indeed, the new paper undermines one of the most deeply held convictions of the American right, one that unites libertarians like Tabarrok with mainstream conservatives: that regulations inevitably impose “deadweight loss” on the economy and are therefore an enemy of economic growth. This idea has been a mainstay of Republican politics since the Reagan era, and the Trump administration has taken to deregulation with missionary zeal. In fact, it’s probably the policy objective that the administration has pursued most successfully—rolling back the Clean Power Plan, repealing net neutrality, freezing the fiduciary rule, and on and on.

The negative impact of government regulations is such an article of faith that even many liberals adhere to it, albeit to a lesser degree. Rachel Cohen writes:

If federal regulation isn’t behind the dynamism die-off, then what is? Tabarrok’s paper suggests that economists need to look elsewhere. Eli Lehrer, head of the pro-deregulation think tank R Street Institute, argues that some of the most burdensome regulations are state and local—zoning, building codes, occupational licensing, and the like. Tabarrok and Goldschlag agree that more attention should be paid to the potential effects of non-federal regulations.

But a more likely explanation—one that has been gaining purchase among both think tanks and elected Democrats—is rising corporate concentration. (See Gilad Edelman, “The Democrats Confront Monopoly,” November/December 2017.) The trend of declining dynamism since 1980—along with wage stagnation, rising inequality, and a host of other ills—has tracked a parallel rise in monopolization, as the economy becomes increasingly consolidated in the hands of a few giant businesses. As New York Times columnist Eduardo Porter put it recently, “By allowing an ecosystem of gargantuan companies to develop, all but dominating the markets they served, the American economy shut out disruption. And thus it shut out change.”

This hasn’t happened by accident, but is, rather, the result of deliberate decisionmaking, beginning under Reagan, to dial down the enforcement of antitrust law. In other words, it is a consequence of deregulation, not overregulation.

Another Washington Monthly article considers the flaw in the Republican approach to controlling health care costs. They insist putting more of patients' "skin in the game" is key to holding down health care spending. Make them consumers instead of patients and they will become more prudent about how they consume services. They will become more savvy shoppers as well, search out better deals and increase competition among providers.

Republicans are right about the desperate need to control health care spending, which is eating away at both the federal budget and the livelihoods of individual Americans. But their theory of change rests on a peculiar vision of human nature, which, not to put too fine a point on it, assumes that most Americans are hypochondriacs. While we all know somebody who fits that description, most of us are actually not eager to hand our bodies over to be punctured with needles, probed with instruments, and cut open with scalpels. We do so only when the pain gets bad enough or when our doctors say we should. And when it comes to making health care purchasing decisions, our own judgment isn’t necessarily the best guide. A recent study of workers whose Fortune 500 employer switched them to a high-deductible health insurance plan found that employees never learned to do price comparisons, and while they reduced their health care spending, they did so not only by cutting back on wasteful services like unneeded CT scans, but also by forgoing necessary care, such as a follow-up visit after a diagnosis of diabetes.

Cue Inigo Montoya on how "skin in the game" actually works. In a profit-based, fee-for-service model, it is not simply sick patients driving up costs, but rather providers who have the incentive to provide more care, not better care. In a series, Washington Monthly examines four innovative health care programs that have abandoned that broken system rather than try to patch it on the backs of patients. That is, they questioned the standard assumption and found it wanting, just as testing his theory made Tabarrok question his.

One former roommate, now an Episcopal priest in Georgia, suggests it is intellectually healthy from time to time to spit on your own idols. One story that went around our university was of a religion professor who co-authored the Introduction to the Bible course text. On the first day of class, he would hold it up and extol at length the virtue of its rigorous scholarship. "And this?" he'd say, holding up a gilt-edged, morocco-bound, King James red-letter edition. He would then let it fall into the trash can below to the astonishment of freshmen straight out of First Baptist Church of Anytown south of the Mason-Dixon.

But Tabarrok's study takes me back to an informal one undertaken by another roommate. The future seminarian kept hearing from peers that Christians shouldn't drink alcohol. Just why was never clear, what with the whole Jesus turning-water-into-wine thing. Drinking hurts your Christian "witness" because Christians don't drink, went their circular reasoning. So he tested the theory by abstaining for what he deemed a sufficient trail period. At the end of it, noticing no effect on how others perceived him, he went back to his occasional beer. He is now a Presbyterian minister in Pennsylvania.

This week, Donald Trump announced an executive order designed to make it even harder for recipients of food stamps and other low-income support to receive aid. He wants to apply more pressure for them to find work in the full-employment job market of which he brags. That what jobs are left may be nowhere near recipient's communities nor match their skill sets makes no impact on the policy. The Republicans' unshakable theory is such programs promote dependency on the government and keep poor people poor. Do they? Really?