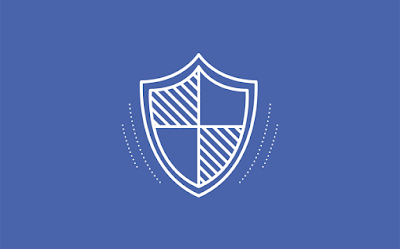 Facebook can't keep the Bear(?) out of it picnic baskets. Nathaniel Gleicher, Facebook's Head of Cybersecurity Policy, wrote in a blog post that the company has been working with Congress, law enforcement, and the Atlantic Council’s Digital Forensic Research Lab to stop abusive practices on its platform. "About two weeks ago we identified the first of eight Pages and 17 profiles on Facebook, as well as seven Instagram accounts, that violate our ban on coordinated inauthentic behavior," Gleicher wrote.

* The most followed Facebook Pages were “Aztlan Warriors,” “Black Elevation,” “Mindful Being,” and “Resisters.” The remaining Pages had between zero and 10 followers, and the Instagram accounts had zero followers.

It's an arms race, Gleicher explains:

It’s clear that whoever set up these accounts went to much greater lengths to obscure their true identities than the Russian-based Internet Research Agency (IRA) has in the past. We believe this could be partly due to changes we’ve made over the last year to make this kind of abuse much harder.

* One post released by Facebook was posted by a page called "Resisters" and featured an image of President Trump with the text: "If Trump wants to beat Barack Obama's Twitter record for most liked tweet he only needs to tweet 2 words 'I resign.'"

* The same page also created an event for a counter-protest to the upcoming "“Unite the Right” rally in Washington. "Inauthentic admins of the 'Resisters' Page connected with admins from five legitimate Pages to co-host the event," said Gleicher.

* Though the company released some sample posts from the pages, Facebook officials said on a call with reporters that it would not get into the broad details of the content — beyond what it had released publicly — but were working with researchers to evaluate it.

But while Facebook said it could not directly attribute new "inauthentic" accounts to Russia, Sen. Mark Warner, Vice Chairman of the Senate Intelligence Committee, was not reluctant to assign blame:

“Today’s disclosure is further evidence that the Kremlin continues to exploit platforms like Facebook to sow division and spread disinformation,” Sen. Mark Warner (D-Va.) said in a statement.