Resurrection Sunday: Can the republic be resurrected? by @BloggersRUs

Resurrection Sunday: Can the republic be resurrected? 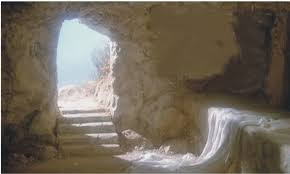 The title above sounds hyperbolic. But it may be where we are.

I argued yesterday for why a third impeachment in less than 50 years is a new norm the United States of America does not want set. A democratic republic that impeaches every third president is not a healthy republic. But in language less eloquent than Shakespeare's Brutus, we are where we are.

The portrait of Donald Trump the Mueller Impeachment Referral paints makes Richard Nixon look like a piker. Lawlessness is Trump's first reflex. Taking care that the laws be faithfully executed is not in him. The only thing holding him back from completely obliterating the Constitution and the laws of the land are those few around him who, occasionally, hold true to a government of laws, not men.

Special Counsel Robert Mueller leaves a detailed accounting of ten cases where Trump committed obstruction of justice. It is not that the president did not endeavor to thwart the Russia investigation, Lawrence Tribe explains, "but rather that Trump’s subordinates refused to comply." Some of the time, anyway.

“If we had confidence after a thorough investigation of the facts that the president clearly did not commit obstruction of justice, we would so state. Based on the facts and the applicable legal standards, however, we are unable to reach that judgment,” Mueller wrote. Given the strictures of Department of Justice policy on indicting sitting presidents, he did not issue an indictment for this one.

What's more is Mueller only looked at what he was scoped to look at, Mark Sumner observes at Daily Kos. Serious allegations of bank fraud and money laundering by Trump lay outside Mueller's remit.

The Washington Post's Anne Applebaum offers unanswered questions. Why was Trump "repeating and using slogans ... conceived on Russian state media?" Why were "online tactics used by the Russian military intelligence agency and the Trump campaign" so similar? Why did he seek "secret talks with Putin"?

But Mueller's evidence is sufficient without answers to those questions. Sen. Elizabeth Warren now believes pursuing impeachment is a matter of "constitutional duty." But as Hamlet said, there's the rub.

I began above by considering how unwell a constitutional republic is that impeaches every third president. Pretty unwell, New York magazine's Eric Levitz believes.

"Impeachment is therefore required not merely to punish the president for his past indiscretions — or to deter a future president from emulating them — but to halt the rampage of a serial offender," he writes. The rub is our system of laws and government seems so corrupted it can no longer function as one. Warren aside, if Democrats as a party have decided "it isn’t even worth trying to uphold their constitutional responsibility," we are in a bad way:

If there is no bipartisan consensus on upholding the rule of law, then bipartisan consensus is not an end worth pursuing. If the Republican Party can’t be trusted to even consider putting its allegiance to lawfulness above its fealty to Donald Trump, then the GOP is a cancer on the body politic. And if our Constitution has brought us to the point where a non-democratically elected president can promise “Get Out of Jail Free” cards to anyone who violates laws he does not like — without facing any serious threat of removal from office — then our Constitution is obsolete and there is no cause for treating that document, or the established norms of our institutions, with reflexive reverence.

Democrats’ "reverence for institutional norms and the ideal of bipartisanship" are irreconcilable when one of the two parties has forsaken commitment to the rule of law. They will have proven themselves "just another one of our republic’s failing institutions" if they cannot find a way to beat the cancer.

If Trump can be compelled to resign as Nixon did before trial in the Senate, or even before formal impeachment in the House, all the better, norm-wise. Stanching the bleeding is more important to me than punishing the blood. If the current flows favorably or unfavorably toward impeachment, so be it. As Tribe quotes Brutus, “We must take the current when it serves, or lose our ventures.”

So, one other item to mention on Resurrection Sunday. Mueller may have left evidence aplenty for federal prosecutors, but don't count on that being brought to bear in court against Donald Trump. Online discussions about impeachment and accountability tend to blurr the distinction between impeachment and bringing Trump to justice. Impeachment carries no punishment for federal crimes and, even if successful, would not likely expose Trump to any: That's why charges brought by the state of New York state may be where Trump faces any kind of judgment. He may never see the inside of a jail cell, but for him seeing his empire dismantled might be almost as bad.