Focus on where you are by @BloggersRUs

Focus on where you are 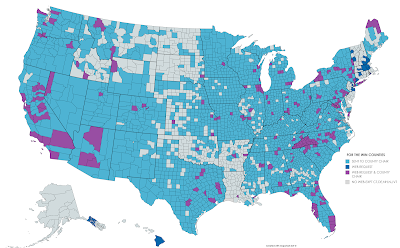 People ask me if Donald Trump can win reelection in 2020 or which Democrat might beat him. They are taken aback when I haven't given it much thought. North Carolina has two congressional seats to contest in 2019. Filing opened Monday for the special election to fill the NC-3 seat vacated by the death of Walter Jones. Filing opens next Monday for the do-over election in the now-infamous NC-9.

So many people would rather focus on the presidency. A Jedi master once said of that, "All his life has he looked away ... to the future, to the horizon. Never his mind on where he was."

Every other new activist I meet at the local Democratic Party office wants to work on messaging, right out of the box, because Democrats suck at it. As if, at this redoubt in the provinces of a state under siege, they will formulate the plan that will vanquish the right's mighty messaging machine, change the Democratic Party's national course, find funding for distributing said message, and get buy-in from electeds who've never heard of them and who already know something about what their voters want. Howard Dean couldn't accomplish that as DNC chair.

Many progressives would rather elect presidents before they can elect Democrats to city council or the state legislature. Those un-sexy races develop candidates who might eventually undo state gerrymandering, or become U.S. senators who vote to approve the next Ruth Bader Ginsburg to the Supreme Court or stop the next Brett Kavanaugh. I said often during the 2016 election, President Bernie can't help me with that. Neither can President Hillary.

In distributing my For The Win primer to 2,300 counties in 2018 (see map above), what I found was just how many Democratic county committees where Democrats are uncompetitive don't have as much as a web presence or listed email addresses. There is a blank band of counties spanning south-central Georgia. They have Facebook pages at least, but cookie-cutter sites someone set up that were promptly abandoned. Little help there.

And what's with Louisiana? people ask. Former New Orleans mayor Mitch Landrieu visited town last fall and I asked why more parishes did not have any web presence. Oh, they do, Landrieu said. An aide standing aside shook his head, no.

That's more than showing up at the eleventh hour with an attractive candidate, popular policies, and a winning message. Candidates need effective infrastructure in place to support their election bids. Democrats lose in districts they might win for lack of it.

Gerrymandering "with almost surgical precision" has had a deleterious effect on our politics. There is no center. Martin Longman writes at Washington Monthly, "the two parties are too ideologically distinct and internally coherent for there to be any meaningful cross-pollination of ideas or common agendas. We can barely keep the government open."

Uncompetitive districts at the state and federal level means bipartisanship to get things done has no reward. It also means there is no incentive for attempting to compete where the odds of winning are low, which impedes development of supporting Democratic campaign infrastructure and perpetuates the legislative stalemate.

As the study we looked at last week found, "A party disadvantaged by gerrymandering fails to contest more districts. The candidates it does nominate have weaker credentials. Donors give less money to these candidates. And voters are less inclined to support them."

But in many places across the country where Democrats cannot compete gerrymandering is not to blame, nor is their being conservative districts. My argument has never been that Democrats should waste time chasing white nationalists or whatever we're calling them this week. It is that Democrats cannot regain ground by abandoning it. For years, little support has gone to red-state Democratic redoubts to help them develop the skills and fundraising chops to build teams that can win again. Such places do not win because they have no "game" and have forgotten how to win.

And because progressives newly activated by the recent troubles are are too busy worrying about the presidential race. Never their minds on where they are.