Deprogramming the economic cult by @BloggersRUs 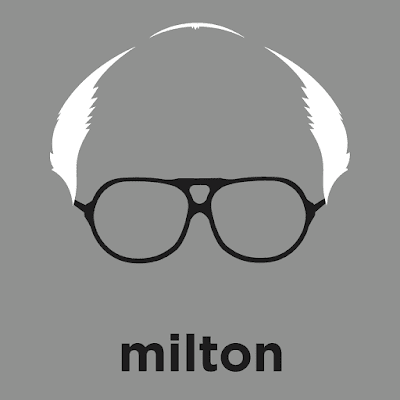 One reason Sen. Bernie Sanders picked up support along the spine of the Appalachians in 2016 is working people there, as elsewhere, know the status quo is rigged by and for high-rollers. They have a sense a country generating such yawning inequality doesn't want or need them. There, and in more suburban areas, Donald Trump played to cultural grievances and insecurities feeding people's sense of being left behind. Students heard Sanders' anti-establishment pitch for wiping clean college debt and for free tuition and flew to it like moths to a porch light. Both Sanders and Trump met pent-up demand for disrupting the status quo.

When Sanders fell short in the Democratic primaries, over twice as many Millennials did not vote as did. Why bother? Configured as it is, the current economic and political system serves "the best" and leaves the rest. It offers Millennials little, now or in the future. Their cynicism is palpable. Beyond that demographic, some Obama voters who might have supported Sanders opted for Donald Trump instead. Because Wall Street pillaged the country's wealth and destroyed countless families' lives, and neither party held financiers accountable. Democrats paid dearly for not disrupting the corrupt system in 2010 and 2014. The world paid for it in 2016 when three million less than half of American voters bought a snake oil salesman's empty promises.

Sen. Elizabeth Warren of Massachusetts this week offered a game-changing plan for leveling the playing field for the little guys. As a senator in the minority, she may not have the leverage to bring corporate criminals to justice. But Warren has instead drafted a plan for rewriting the DNA of large corporations and bringing them to heel. That is long overdue. A former legislator I heard from called the plan transformational.

In a press release announcing her Accountable Capitalism Act, Warren makes her move against the system as it stands:

"There's a fundamental problem with our economy. For decades, American workers have helped create record corporate profits but have seen their wages hardly budge. To fix this problem we need to end the harmful corporate obsession with maximizing shareholder returns at all costs, which has sucked trillions of dollars away from workers and necessary long-term investments," said Senator Warren. "My bill will help the American economy return to the era when American companies and American workers did well together."

Rather than adding taxes to punish corporate misbehavior or tax breaks to incentivize better corporate citizenship, Warren proposes saving capitalism from itself. "The bête noire of the Republican business class" is not advocating demolishing capitalism, but rather giving it an upgrade, as I have advocated before:

What Milton Friedman called capitalism in 1962 looks more like an economic cult today. Question the basic assumptions behind corporate capitalism, publicly point out its shortcomings and suggest we are overdue for an upgrade, and the Chamber of Commerce practically bursts through the door like the Spanish Inquisition to accuse you of communism and heresy. Why you ... you want to punish success! It’s weirdly reflexive and a mite hysterical. What their blind fealty and knee-jerk defense of this one particular style for organizing a capitalist enterprise says about them, I'll leave for now. It suffices to say I find it rather peculiar.

Warren rolled out her plan in a companion Wall Street Journal column on Tuesday. Before “shareholder value maximization” ideology took hold, she argues, workers shared more in the wealth their labors produced. Since the early 1980s, however, shareholders have come first, leaving workers' salaries as strangled as corporate reinvestment:

The problem may get worse, because executives have a strong financial incentive to prioritize shareholder returns. Before 1980, top CEOs were rarely compensated in equity. Today it accounts for 62% of their pay. Many executives receive additional company shares as a reward for producing short-term share-price increases. This feedback loop has sent CEO pay skyrocketing. The average CEO of a big company now makes 361 times what the average worker makes, up from 42 times in 1980.

Corporate charters, which define the structure and obligations of U.S. companies, are an obvious tool for addressing these skewed incentives. But companies are chartered at the state level. Most states don’t want to demand more of companies, lest they incorporate elsewhere.

That’s where my bill comes in. The Accountable Capitalism Act restores the idea that giant American corporations should look out for American interests. Corporations with more than $1 billion in annual revenue would be required to get a federal corporate charter. The new charter requires corporate directors to consider the interests of all major corporate stakeholders—not only shareholders—in company decisions. Shareholders could sue if they believed directors weren’t fulfilling those obligations.

This approach follows the “benefit corporation” model, which gives businesses fiduciary responsibilities beyond their shareholders.

Speaking with Warren this week, Jim Cramer of "Mad Money" remarked, "I mean, a lot of people think you're just this left-wing firebrand. Isn't what you describe the way this country was in 1980?"

Yes, sort of. Warren told him, "I believe in all of the wealth that markets produce. But markets have to have rules. And together, we decide those rules. You know, like you've got to have a cop on the beat." A cop that, say, prevents banks from charging customers fees on accounts it secretly opened in their names. But that is not the thrust of Warren's proposal. She aims to deprogram Milton Friedman's cultist offspring and mitigate their propesnity for behaving badly the first place. The modern corporate model, after all, was not handed down from God. People designed it. We can improve it.

As outlined in her press release, Warren's Accountable Capitalism Act: Matt Yglesias explains, "The conceit tying together Warren’s ideas is that if corporations are going to have the legal rights of persons, they should be expected to act like decent citizens who uphold their fair share of the social contract and not act like sociopaths ...."

Successful artificial persons produce profit rather efficiently, but operate at the level of appetite and instinct, survival being the strongest. What makes it hard for them to act as decent citizens is we designed these artificial persons without souls. But souls so get in the way of pursuing staggering wealth — just the way Midas cultists like it. They won't like the Accountable Capitalism Act.

This is one of the first complete frontal assaults on the economic theories that have ruled American politics in one form or another for the past four decades. It is one of the first substantial efforts to treat the ascendancy of conservative economic ideas as a thoroughgoing blight that must be reversed, and it does so by turning the achievements of which conservative economic ideologues are proudest back on them. Corporate personhood? OK, then we're going to have corporate jail, too. A rising tide lifts all boats? We're going to be sure everyone has a seat.

Conceived in law and born on paper, these beasties turned on their creators long ago. People should be holding the corporate leash instead of wearing the collar. Yet, that's how it feels even if people cannot properly identify the ubiquitous source of their unease. Scan your room for items not produced by a large corporation. How much did the workers who produced them share in the profits?

I don't want to raise hopes that Warren's Accountable Capitalism Act is a magic bullet. Changing corporate behavior is as much about changing cultures as drafting new rule sets. Asking the Commerce Department, the Department of Labor, and the Securities and Exchange Commission to police this new corporate model (if it ever becomes law) remains contingent on having an administration committed to enforcing it. The law professor behind the Consumer Financial Protection Bureau knows that better than anyone.

But while other rumored 2020 Democratic presidential candidates will run on their "profiles" and electability, Warren has a written plan for change Democrats would be wise to embrace whether or not she chooses not to run. Many who voted for Donald Trump in 2016 — and many who didn't vote at all — wanted a leader willing to disrupt the status quo and improve their lives. Warren brings more than braggadocio.